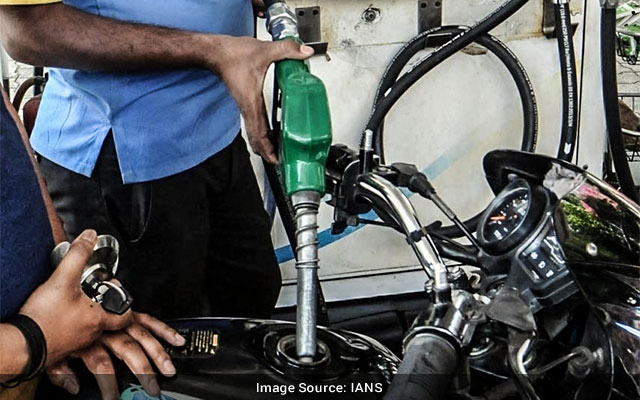 New Delhi: Fuel rates hiked on Wednesday rallied to their highest ever levels across the country, as fuel rates hiked again by 35 paise a litre after a two-day pause.

The price of petrol in Delhi rose to its highest-ever level of Rs 106.19 a litre. It was Rs 112.11 per litre in Mumbai, according to a price notification of state-owned fuel retailers. In Mumbai, diesel now comes for Rs 102.89 a litre; while in Delhi, it costs Rs 94.92 a litre.

The fuel prices remained static on Monday and Tuesday. They had risen for four straight days by 35 paise per litre each before (October 13-16. There was no change in rates on October 12 and 13.

Diesel prices have increased on 20 out of the last 26 days. This has taken up its retail price by Rs 6.30 per litre in Delhi.

As  can be seen, it had maintained stability since September 5, but the oil companies finally raised the pump prices last week and this week gave a spurt in the product prices lately. Petrol prices have also risen on 17 of the previous 22 days taking up its pump price by Rs 5 per litre.

Crude prices have been on a surge rising over a three-year high level of over $ 85 a barrel now. It had softened a bit falling below $ 85 a barrel now. Since September 5, when both petrol and diesel prices changed, the prices of both in the international market was higher by around $9-10 per barrel as compared to average prices during August.