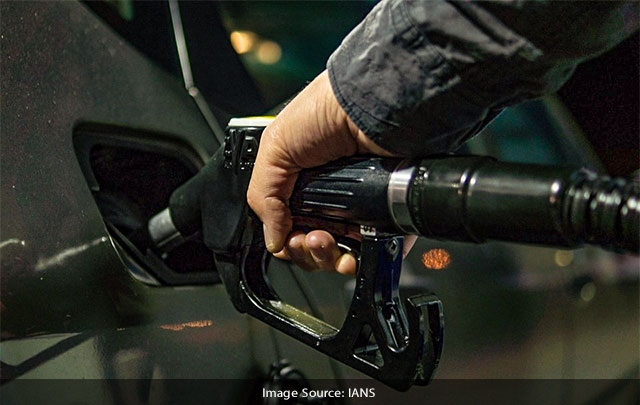 New Delhi: The petrol, diesel price hike continues unabated on Monday completing one full week of increases. The retail rate is at record high levels across the country.

In the national capital, petrol price rose 30 paise per litre, Diesel rose by 35 paise per litre. The prices of petrol and diesel have crossed the Rs 100 per litre mark in many states. This is pinching the common man’s pocket.

In Delhi, petrol is now retailing at Rs 104.44 per litre. Diesel is available at Rs 93.17 per litre after the latest price revision. On the other hand, in Mumbai, petrol became Rs 110.41 the highest across all the four metro cities. Diesel costs Rs 101.03 for one litre in Mumbai, a hike of 37 paise.

Diesel prices have now increased on 15 out of the last 18 days. Its retail price is Rs 4.55 per litre in Delhi. The prices of diesel has increased between 20-30 paisa per litre so far. Since Wednesday it has been increasing by 35 paisa per litre.

With diesel price rising sharply, the fuel is now available at over Rs 100 a litre in several parts of the country. This dubious distinction was earlier available to petrol that had crossed Rs 100 a litre mark across the country a few months earlier.

OMCs had preferred to maintain their watch prices on global oil situation before making any revision in prices. This is the reason why petrol prices did not rise for last three weeks. But extreme volatility in global oil price movement has now pushed OMCs to effect the increase.

Across the country as well petrol and diesel increased between 30-40 paisa per litre but their retail rates varied depending on the level of local taxes in the state.

Crude price has been on a surge rising over three year high level of over $83.5 a barrel now. Since September 5, when both petrol and diesel prices changed, the price of petrol and diesel in the international market is higher by around $9-10 per barrel as compared to average prices during August.

Under the pricing formula adopted by oil companies, rates of petrol and diesel change on a daily basis. The new prices becomes effective from morning at 6 a.m.

But, the fluctuations in global oil prices have prevented OMCs to follow this formula in totality and revisions are now being made with longer gaps. This has also prevented companies from increasing fuel prices whenever their is a mismatch between globally arrived and pump price of fuel.