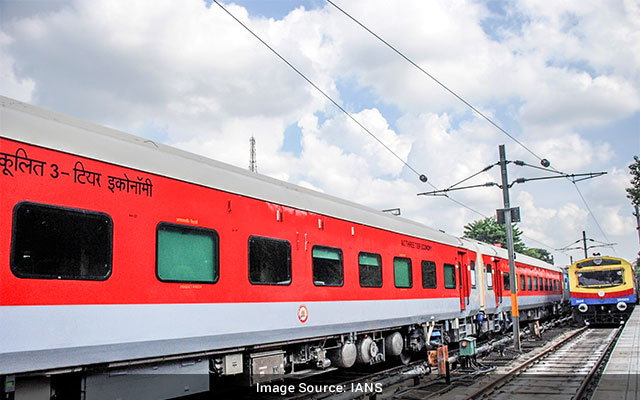 New Delhi: The Centre is planning a major restructuring of companies functioning under the ministry of railways as part of an exercise to professionalise the Indian Railways and make it a self-sustaining organisation.

The proposals form part of a set of recommendations given by Sanjeev Sanyal, principal economic advisor in the finance ministry in a report titled Rationalisation of Government Bodies under MoR. The cabinet secretariat sent the report to the railway board for immediate action.

Sanyal in his report has recommended the merger of RVNL with IRCON due to similarities in their operations.

IRCON is a specialised infrastructure construction company. RVNL implements projects related to creation and augmentation of capacity of railway infrastructure on a fast track basis. Both IRCON and RVNL have similar business functions: construction of railway infrastructure. IRCON bids for private contracts and has a significant international presence. RVNL functions as a sub contractor of the Indian Railways (IR). It gets works from railways on a nomination basis without having borrowing power of its own.

On the other hand, Sanyal has recommended that RITES takeover BCL. Both are into manufacture and exports of rolling stocks and BCL turns profitable for the last two years. The synergised operations of both entities would give necessary scale to RITES to expand its global footprint. RITES is already exporting rolling stocks and providing consultancy services.

The restructuring of IR would also look at its IT operations being handled through a set of three different organisations. These include Indian Railway Catering and Tourism Corporation (IRCTC), Railtel Corporation and Centre for Railway Information System (CRIS). The recommendation is to wind up CRIS.  All its work will go to IRCTC and then merge Railtel with IRCTC. The Bibek Debroy Committee on Restructuring Railways (2015) had also recommended for integration of all IT initiatives in the railways.

The Sanyal committee has also recommended one public sector in IR for rolling stocks and manufacture of locomotives rather than having a set of eight different facilities as it exists now. This, the report has said can be done by transferring assets and deploring employees of the existing production units to a proposed CPSE in a phased manner.