Accordingly, healthy macros, as denoted by the rise in IIP will attract foreign capital to the equity markets on the prospects of faster economic growth.

Besides, expected easing of retail as well as wholesale inflation points are likely to boost buying sentiments.

However, global worries such as prospects of US Fed withdrawing stimulus might cap gains. Additionally, the spread of Delta variant, slowing global growth and China’s regulatory tightening would also affect the results.

“The broader market rally seems to be fizzling out. A small bounce in it cannot be ruled out,” said Deepak Jasani, Head of Retail Research, HDFC Securities.

Siddhartha Khemka, Head – Retail Research, MOFS said: “The market might consolidate for some time on account of weak global cues.”

“Even valuations are also moving beyond comfort zones. Hence it could lead to bouts of profit booking and increase in volatility.”

“Healthy 1QFY22 earnings delivery has boosted hopes for a solid FY22 with more than 30 per cent projected Nifty earnings growth, on the back of a strong 15 per cent earnings growth in FY21.”

Additionally, Vinod Nair, Head of Research at Geojit Financial Services said: “The inflation data for August will be a key data point that the market awaits in the coming week.”

The release of retail inflation or the Consumer Price Index (CPI) for August on Monday is next week.

In addition, the Index of Industrial Production (IIP) for July released on last Friday showed that the factory output grew by over 11 per cent from a decline of 10.5 per cent reported for the like month a year ago.

The IIP numbers are expected to give an initial boost to markets on Monday morning, the first trade session after an extended weekend. 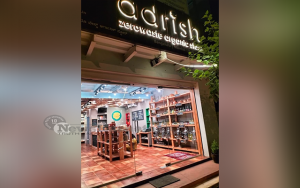