Trending :
Over 200 Chinese companies may be kicked off US exchanges
Extortion case: Mumbai Police file charge-sheet against Param Bir, others
Displacements in northern Ethiopia up relief needs: UN
Guided tour of Jeanneret’s museum in Chandigarh
Siddu has no right to talk about dynastic politics: HDK
News Karnataka /  Business /  No fuel price hike on Friday 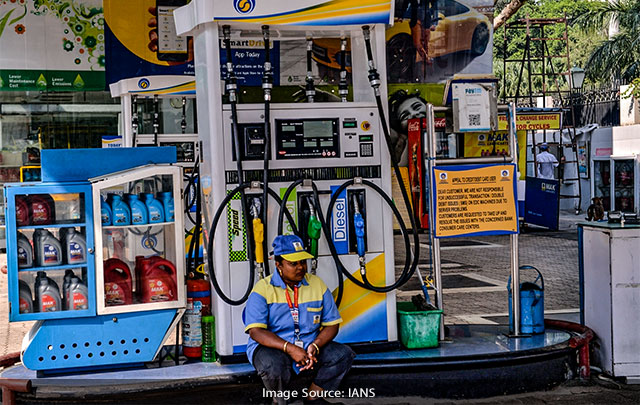 Accordingly, petrol continues to be priced at Rs 101.54 a litre and diesel 89.87 a litre in the national capital.

On Thursday, oil companies raised the price of petrol and diesel by 35 paise and 15 paise per litre respectively in the National capital taking the fuel rates to new highs.

Across the country as well the fuel prices remained unchanged on Friday but the rates varied depending on the level of local taxes in states.

With the price rise over the past two months, fuel rates have been revised upwards in 30 out of 77 days between May, June and July up to now to take the retail rates to new highs across the country. It had remained unchanged for 37 days.

Consumers can now only expect that any further raise in fuel price is checked as OMCs start cutting the retail price of petrol and diesel over the next few days to provide relief. This may be possible with global crude prices falling to just over $73 a barrel now from a high of over $77 a barrel just 10 days back.