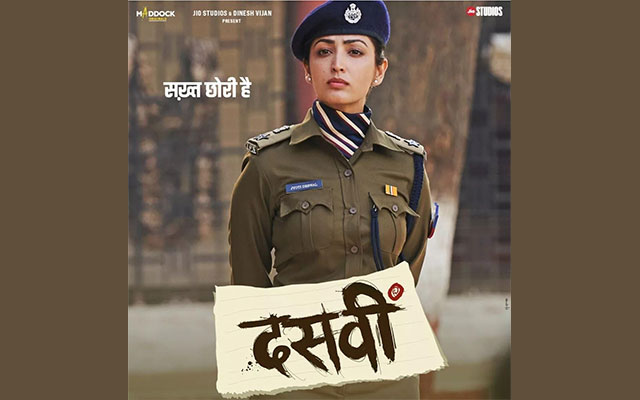 Mumbai:  Actress Yami Gautam, who has been creating waves with her performances in films such as ‘Dasvi’ and ‘A Thursday’, says she has attempted something very different and as an actor, she gets her adrenaline rush from doing that.

Talking about the same Yami shares, “I had a lot of fun playing a Haryanvi cop in the film (‘Dasvi’) and I’m ecstatic about the initial response to my performance. My family, my team, and some friends, who are always honest about their opinions with me watched it a few days ago and I’m glad they strongly connected to my character throughout the film.

“Now, I’m excited to hear what the audiences have to say about it. I’ve attempted something very different and as an actor, I get my adrenaline rush from doing that.”.

Yami has an exciting slate ahead with ‘OMG 2’, ‘Dhoom Dham’, and few more unannounced projects.