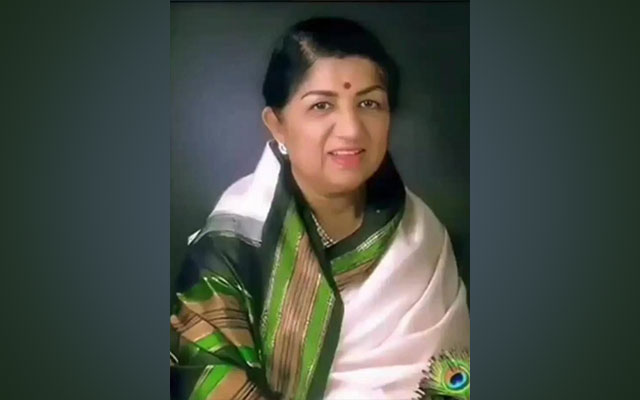 New Delhi:  The Indian Council for Cultural Relations (ICCR) organised a cultural programme in the national capital in memory of legendary singer Lata Mangeshkar, who passed away on February 6.

The concept of the concert, which was a tribute to Lata Didi, as she was fondly called by her fans, was a panoramic view of her mystique, magic and music, and was created by Vinay Sahasrabuddhe, ICCR President and Rajya Sabha MP.

“Many ambassadors and other dignitaries joined the programme to pay their respects,” Sahasrabuddhe said.

With the concert which was held on Saturday, the organisers paid tributes to the different facets of the iconic singer, who by lending her voice to a range of regional melodies, deepened the process of national integration.

With many concerts abroad, Lata ‘didi’ reiterated India’s pre-eminence as the land of poetry and music. The concert brought together, through an English narrative, nuggets and anecdotes from Mangeshkar’s career spanning over seven decades.

The ICCR said the legendary singer will be remembered through her immortal songs, which have outlived the flickering images on the silver screen and become a part of India’s precious cultural heritage.

Mumbai-based journalist, writer and cultural chronicler, Ambarish Mishra, who had been closely associated with Lata Mangeshkar and her family, had worked on the research, script and narration for the concert.

K’taka: Drugs worth Rs 60 Cr destroyed in State on June 26