Mumbai: Actress Pooja Gor, who is known for her character of Pratigya in the show “Mann Ki Awaaz Pratigya”, says that the love triangle in any story is a lot of fun because it has all the elements of an entertainer.

The show has started its second season, which comes back nine years after the first season ended.

Sharing her opinion on love triangles in a show, Pooja tells IANS: “I personally feel whatever works, it works, be it a love triangle, a saas bahu drama or anything else. But we have noticeably seen that the current track is a love triangle and it is working. Because it has a lot of drama, so it’s nice and it’s different.”

“Pearl is the mother shield of the show, has always been, so it’s always been amazing working with her. And I have been wanting to work with Rajan sir for a very long time, and he was aware of it since the first season of ‘Pratigya’. It never happened earlier, but when it happened we both were really happy that it’s finally happening. He’s a very good man and he has a great sense of what works and what doesn’t, and that you can see from his shows, it’s fabulous,” says the actress.

“Mann Ki Awaaz Pratigya 2” recently saw Tina Phillip entering the show as Meera. Pooja shared that she met her on the show, and added, “She is very nice and damn sweet.”

On an ending note, when asked, what is she learning from the pandemic?

“Health is wealth, nothing else matters. The most important thing in life is health and family,” she concluded. 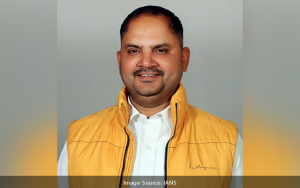