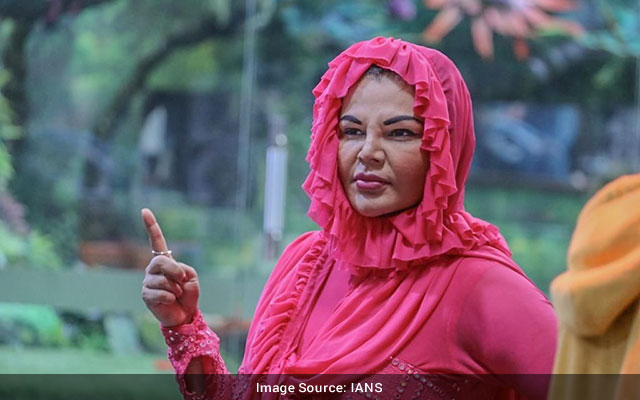 Mumbai: The upcoming episode of ‘Bigg Boss 15’ will see Rakhi Sawant in a mood to teach a lesson to everyone inside the house.

She tells her husband Ritesh the same and with a broom in her hand, she enters everybody’s room and starts waking them up.

She says: “Neither you sleep nor wake up at proper time.”

While shouting at everyone, she even pulls away Umar’s bedsheet. Abhijit runs away to brush his teeth as Rakhi asks him to do so.

Devoleena just can’t stop laughing and says: “There was a need for such a mummy only inside the house.”

However, these light-hearted moments soon turn into an ugly fight as Umar discovers that somebody has thrown a big pile of uncooked vegetables in the dustbin.

Tejasswi confesses that it is her mistake and she explains that she dumped it after seeing fungus on the veggies.

Rakhi says: “This is wrong Teja.”

Devoleena also gets angry and says that she should have asked others before throwing anything. Tejasswi retorts that she doesn’t need permission, given that she is on kitchen duty. They also checked for any fungus, but couldn’t find any.

But Tejasswi clarifies that why would she lie to others. Devoleena and Rakhi keep blaming her and it becomes unbearable for Tejasswi, who screams in frustration.