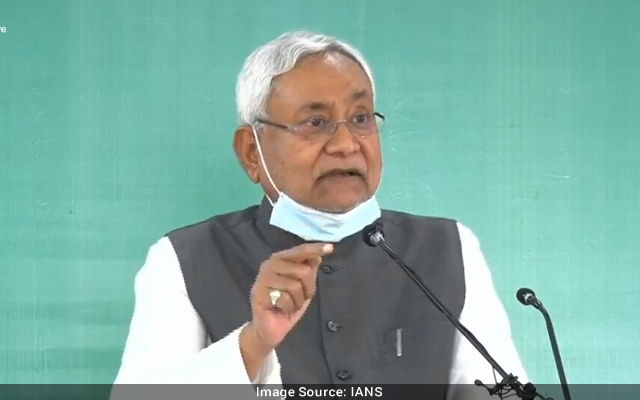 Prasad was asked to appear before the Chief Minister at the latter’s official residence at 1 Anne Marg to clarify his stand. Sources have said that Nitish Kumar is angry with Prasad who was involved in giving contracts of “Har Ghar Nal Ka Jal” programme, to the tune of Rs 58 crore, to his relatives including, daughter-in law,under Saat Nishchay Yojana.

Nitish Kumar reportedly asked Prasad to clarify his stand on a public forum. He also wants the BJP top leadership to take cognisance of this matter as the state government is facing huge embarrassment due to his deputy’s alleged involvement in corruption.

Earlier, Leader of Opposition in Assembly Tejashwi Yadav, said that the alleged scam was discovered by Ram Prakash Mahto in August 2020 and he had also written a letter to Nitish Kumar in February 2021, but still, the Chief Minister had not taken cognisance.

“As per the laws, contracts should be given to expert companies or contractors. In this case, the ministers of Nitish Kumar government have given contracts to their own relatives. Tarkishore Prasad has given the contract to daughter-in-law, daughter and her husband,” Yadav said.

“The PHED department has come under BJP for years. Earlier, Sushil Kumar Modi was holding the portfolio of PHED and now Tarkishore Prasad. Nitish Kumar giving protection to his junior ministers leading to scams,” he added.

LJP leader Chirag Paswan also attacked Nitish Kumar, alleging that all ministers of his government are involved in corruption.

“The Saat Nishchay Yojana which is the pet project of Nitish Kumar is actually a mother of corruption. Not a single minister in his cabinet has stopped from giving government contracts to relatives. The Chief Minister always talks about zero tolerance but his ministers are involved in corruption,” he said.