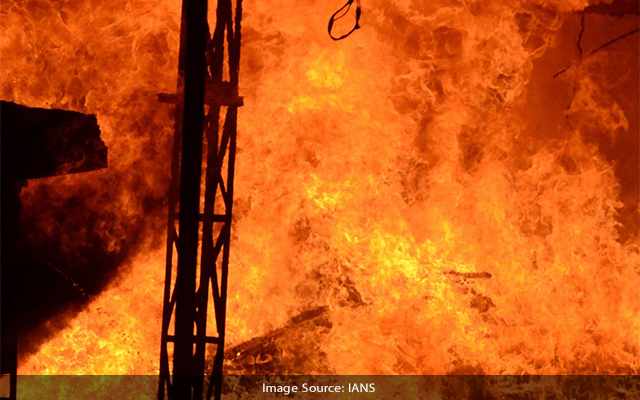 New Delhi: As many as three persons received minor burn injuries from a fire that broke out in a guest house located in east Delhi on Sunday.

A Fire Department official told IANS that they received a call about a fire incident at around 05.06 a.m. at Street No 3, Metro Pillar 39 in Shakarpur, after which as many as four fire tenders were immediately rushed to the spot.

“An electric meter had caught a fire which then spread to nearby rooms,” the official said, adding that the fire was doused in just 40 minutes.

The guest house also had occupants which were evacuated at the time of the incident. There was no loss of life, however, the damage to property is being ascertained.

After the fire was doused, the electric meter could be seen completely burnt along with the walls around it.

The three people who got injured were given first aid on the spot. “Hospitlisation of the injured was not required as those were very minor burn injuries,” he said.

The incident comes nearly seven days after a fire broke out in a stationery shop just outside the Delhi High Court. This blaze was brought under control and no casualties were reported then.