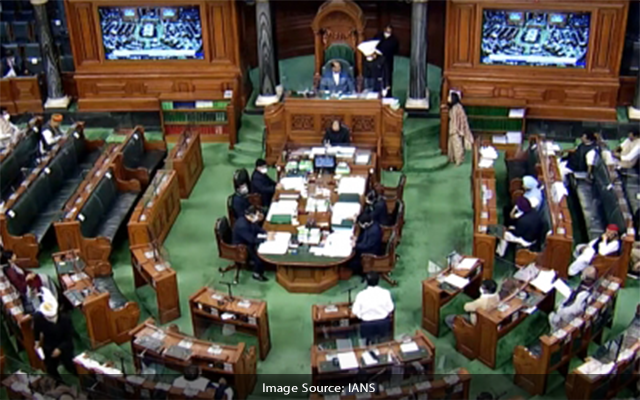 New Delhi: The Indian Antarctic Bill 2022 aimed at having India’s own national measures for protecting the Antarctic environment and dependent and associated ecosystem by extending Indian laws to the southern continent was tabled in the Lok Sabha on Friday April 1.

Among the several scientific and research related provisions as proposed in the Bill, it also speaks of “optimum utilisation of resources allocated by the government and creation of public partnership arrangements to promote and exploit the full potential of benefits available under the Antarctic Treaty, especially Antarctic Tourism”.

The text of the Bill introduced has one major change compared to the draft that was prepared in 2021 – change of the regulatory Authority to a mere Committee to monitor all Antarctica related matters.

“Article 13 of the Protocol on Environmental Protection to Antarctica Treaty requires that each state party takes appropriate measures within its competence, including the adoption of laws and regulations, administrative actions and enforcement measures, to ensure compliance with this Protocol,” Earth Sciences Minister, Jitendra Singh said as he tabled the bill.

Opposition members raised multiple objections to the Bill, which were answered by the Minister and his party colleagues.

The scientific research on Antarctica is implemented by the Ministry of Earth Sciences through the National Centre for Polar and Ocean Research (NCPOR), Goa, an autonomous research institute under the Ministry.

A major change that the draft prepared in 2021 and the existing text is that the draft envisaged establishment of an Indian Antarctic Authority to ensure the implementation of the Act; accordingly, recurrent grants related to the functioning of the Authority would have been allocated in the yearly budget. The Antarctic operations of India are currently funded from the budget allocated to the Ministry of Earth Sciences under relevant heads.

The Bill tabled is slated to provide for establishment of the Committee on Antarctic Governance and Environmental Protection to be notified by the Centre for monitoring, implementing and ensuring compliance of the relevant international laws, emission standards and rules for the protection of Antarctic environment by the operators or by any other persons engaged in programmes and activities in Antarctica among other things.

Snior scientist Vijay Kumar defended the change from the Authority to Committee saying “the members would remain the same and the functions too”.

This, however, would be different from the existing National Committee for Polar Programmes, which also includes issues related to the Arctic. The Ministry would now need to set up a small Secretariat, he said.