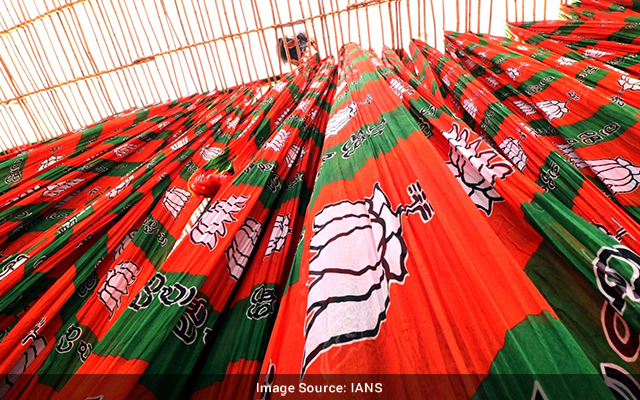 New Delhi: The ruling BJP in Uttarakhand is all set to roll out its campaign for next year’s Assembly polls with a Yatra starting from Friday.

The BJP will launch the second phase of ‘Jan Ashirwad Yatra’ of Union minister Ajay Bhatt from the Srinagar Assembly constituency in the state represented by Dhan Singh Rawat, a minister in the Pushkar Dhami government.

BJP Uttarakhand president Madan Kaushik is expected to participate in the Yatra.

BJP national general secretary and state in-charge Dushyant Gautam told IANS that the Yatra will start on Friday and the party will tell people about the overall development of the state that has taken place under the BJP government.

“During the Yatra, we will seek people’s support and blessings. We will also tell them about the development works carried out by the Union and state governments, which have been completed or in progress in the state,” Gautam said.

Gautam also pointed out that the BJP is getting huge support of people from across the state.

“After witnessing the overall development of the state in the last four-and-a-half years, people are extending their support and blessings to the BJP. The People of Uttarakhand have realised that BJP is the only party which is committed to the development of the state. The BJP government in the state is fulfilling people’s aspirations under the guidance and leadership of Prime Minister Narendra Modi,” Gautam said.

A senior party functionary from Uttarakhand BJP said that the Yatra had started on August 16, but it was then postponed due to some unavoidable reasons. It will now resume from Friday and cover the remaining parts of the state.

“In first phase of his Yatra, Bhatt had covered Haridwar and Tehri areas of state. In the second phase, he will cover the rest of the state,” he said.

BJP starting the second phase of the Yatra from Srinagar holds political significance as the seat was once represented by Congress state president Ganesh Godiyal. He had won the seat in 2012, but lost from there in 2017.