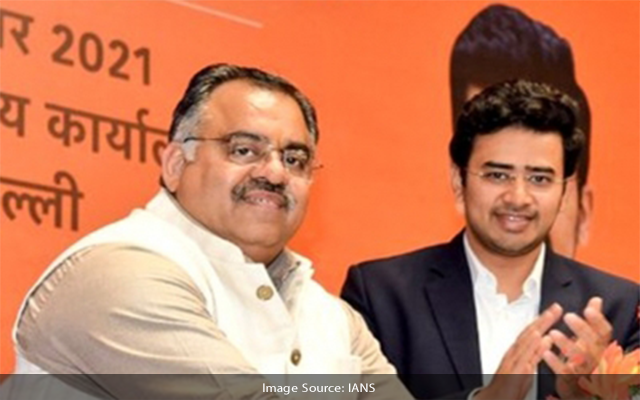 New Delhi: To establish an improved communication network and better coordination among the workers and state unit functionaries, the Bharatiya Janata Yuva Morcha (BJYM) has directed all its in-charges to visit their respective states at least once a month.

It is learnt that the orientation was held to discuss the expansion work of the organisation and the enhancement of its functioning.

The senior leaders directed the in-charges to visit their respective states at least once a month to establish an improved communication network and better coordination among the workers and functionaries of the state.

The state in-charges were further advised that the policies, strategies and party programmes should be effectively communicated and further carried out by all the karyakartas (workers) till the booth level.

While interacting with the BJYM state in-charges, Chugh said that the youth power is the strongest force of a nation, holding the power to bear desired results in every situation.

“It is the responsibility of the state in-charges to disseminate necessary information and instructions conveyed by the national president to the grassroots. Being the world’s largest political party, BJP has a structured and disciplined team from national to state to districts to mandals to booths. The goal is to establish strong teams at the booth level and appoint a ‘Panna Pramukh’ which in turn shall establish structured coordination,” Chugh said.

Lok Sabha member Surya asked the in-charges to explore their potential understanding of their roles and responsibilities. “This shall lead to the enhancement of leadership qualities of the individuals also and help them develop their personality holistically,” Surya said.