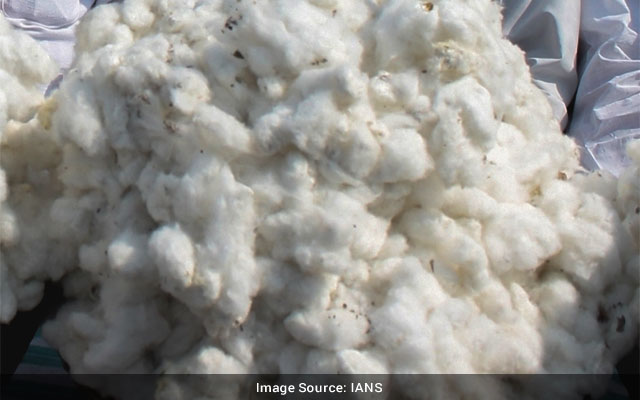 New Delhi: The Centre has increased the maximum sale price for Bt cotton variety (BG-II) seeds for financial year 2022-23 to Rs 810 per packet of 450 gms while the price for BG-I remained the same at Rs 635 per packet.

“For the financial year 2022-23 for the whole of India, the maximum sale price of Bacillus thuringiensis (Bt) cotton seed packets (450 grams of Bacillus thuringiensis (Bt.) cotton seed plus 120 grams refugia/475 grams RIB seed packet containing minimum 5 per cent and maximum 10 per cent non Bt Cotton seed) will be Rs 635 for BG-I and Rs 810 for BG-II,” the government notification said.

The decision was taken by the Committee as per the provisions of the Cotton Seed Price (Control) Order, 2015, the government said.

The increase in price is generally decided according to the demand. As per the Second Advance Estimates of Production of Major Crops for 2021-22 released in mid-February, the production of cotton was estimated at 34.06 million bales (each of 170 kg), which the government data showed, is higher by 1.12 million bales than the average cotton production of 32.95 million bales.

Government data shows cotton is one of the most important cash crops and plays a major role in sustaining the livelihood of around 58 lakh cotton farmers. Further, approximately 400-500 lakh people are engaged in related activities such as cotton processing and trade. During cotton season 2020-21, the area under cotton cultivation was 133 lakh hectares.

However, there are voices that oppose the government intervention. Shetkari Sanghatana leader, and one of the three members of the committee appointed by the Supreme Court in connection with the now repealed three contentious farm laws, Anil Ghanwat said: “Let the market decide what the prices of seeds should be. The government has no business deciding the price.”

The cotton growing farmers are ready to pay the increase as the cost of seeds in the whole cost of production is very less, he said.