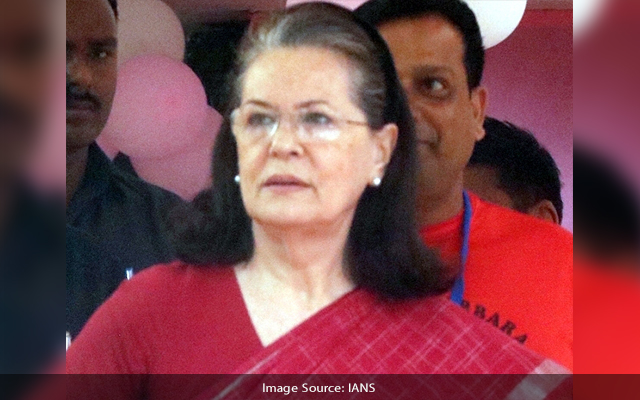 New Delhi: The Congress Working Committee on Sunday March 13 reposed faith in interim party chief Sonia Gandhi after its marathon meeting to discuss the outcome of the Assembly polls to give states and authorised her to undertake “necessary and comprehensive” organisational changes.

“The recent Assembly election results of five states are a cause of serious concern for the Indian National Congress. The party accepts that due to shortcomings in our strategy, we could not effectively expose the misrule of BJP State governments in four states and overcome the anti-incumbency in the state of Punjab in the short time after effecting a change of leadership,” said the CWC resolution.

It said that the Congress “represents the hopes of millions of Indians against political authoritarianism prevailing in the country today and the party is fully conscious of its immense responsibility”.

The resolution said that “humbly accepting the electoral verdict of the latest round of Assembly elections, the Congress party assures its workers and the people of India that it will continue to remain a vigilant and vibrant opposition. The Congress Party will be fully prepared to face the electoral challenges in the election going states in 2022 & 2023 as well as in the Lok Sabha elections 2024.”

“The CWC unanimously reaffirms its faith in the leadership of Sonia Gandhi and requests the Congress President to lead from the front, address the organisational weaknesses, effect necessary and comprehensive organisational changes in order to take on the political challenges.”

It also expressed its gratitude to millions of Congress workers and leaders across the five states, who worked tirelessly for the party and its candidates.