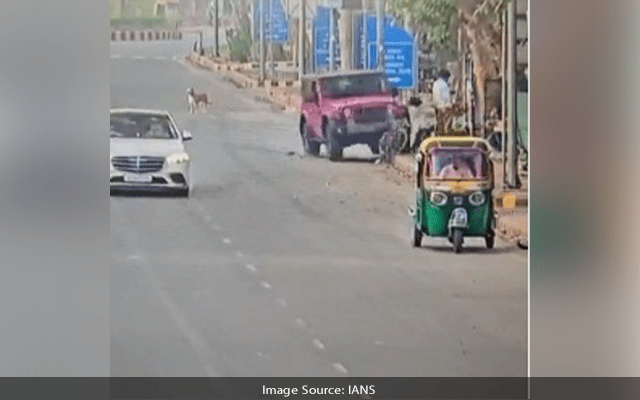 New Delhi: Delhi Police has arrested a 27-year-old man for crushing a person to death under the wheels of a car he was driving in the national capital’s Janpath area on the morning of Wednesday March 30, the police said.

The accused, identified as Arun, a resident of Karol Bagh in Delhi, was working as a butler for an NRI who was staying at a hotel in the city.

They said that the accident took place at 15 Janpath after which someone made a PCR call at Parliament Street police station at around 8 a.m.

The deceased, identified as Girdhari (39), sustained grievous injuries in the accident and was immediately rushed to Ram Manohal Lohia hospital, where he was declared brought dead.

Accordingly, the police registered a case under sections 279 (Rash driving or riding on a public way) and 304 A (Causing death by negligence) of the Indian Penal Code at the Parliament Street police station.

In the CCTV footage of the accident, a red colour jeep can be seen moving at a very high speed and hitting the victim man while he was crossing the road. Though the video is not clear, however, a cycle was also damaged as the offending vehicle fled away after crushing the man under its wheels.

Deputy Commissioner of Police (New Delhi) Amrutha Guguloth said the accused was alone at the time of incident and the car which he was driving was bought on rent.