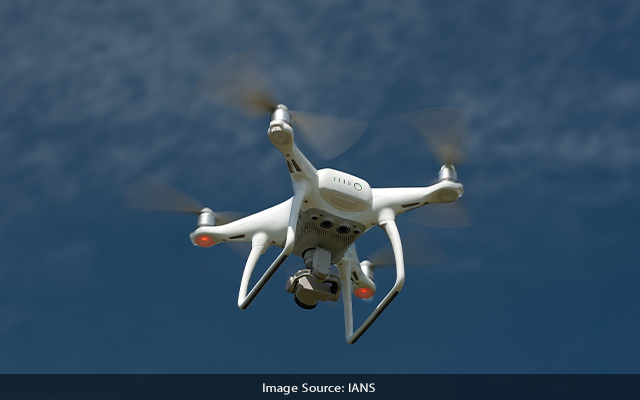 New Delhi: The Centre will launch a pilot project on the use of indigenously manufactured drones for delivering medicines in the undulating landscape of Jammu and surrounding areas from Saturday November 27 with a focus on vaccines delivery initially.

“This is going to be a pilot project for the area. The drone is developed and manufactured entirely by our scientists,” Union Minister for Science & Technology, Dr Jitendra Singh told mediapersons.

Singh said he himself will be launching the project at Jammu.

The drone is developed by the scientists at Bengaluru’s National Aerospace Laboratories (NAL), a constituent of Council of Scientific and Industrial Research (CSIR), an autonomous Society that is headed by the Prime Minister.

For now, the delivery would be limited to Covid vaccines and once successful, it would be expanded to be used for regular delivery of medicines in the remote, hilly areas.

Jammu and surrounding areas are sensitive in terms of the strategic importance. Some months ago, there was an attack on an Army installation using drones. Will the ‘drones for vaccines’ be permitted in such a case?

Allaying fears, a top official from the Ministry of S&T said, “The drones would be deployed by authorised agencies such as hospitals, not anybody can use it, nor would any random person be permitted to use it.”

NAL has called the drone as ‘Octacopter’ and it can fly at an operational altitude of 500 m AGL and at maximum flying speed of 36 kmph. It can be used for a variety of BVLOS applications for last mile delivery like medicines, vaccines, food, postal packets, Human organs (such as heart for heart transplantation) etc.