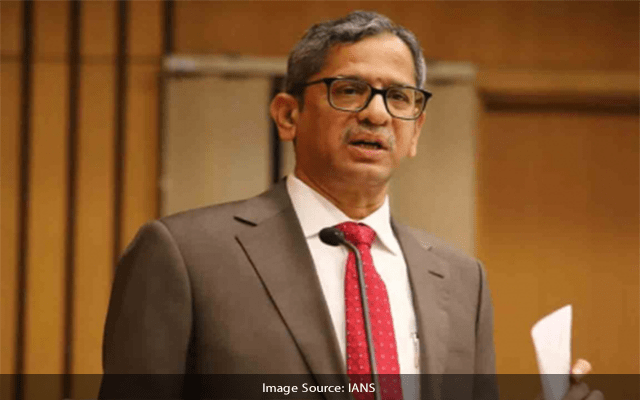 During the launch event, the Chief Justice said that FASTER came into existence, after a news report, published in July last year, regarding delay in release of prisoners. He added that the apex court had granted bail to prisoners three days ago, however there was a delay in physical copies of the orders reaching the prison officials.

The Chief Justice emphasized FASTER is aimed to eliminate the situation where release of prisoners gets delayed even after the top court grants them bail. He pointed out that the delay was solely due to jail authorities not getting the certified hard copies of the bail orders.

He said: “The purpose of FASTER is, orders passed by the Supreme Court or any courts have to be transmitted safely without any interference”.

The Chief Justice said 73 nodal officers have been selected at the high court level to execute the software, and there are a total 1,887 email ids of the nodal officers and other officers.

FASTER will send bail orders having digital signatures of the top court officers for authentication, and this information can only be accessed by officials operating the emails, ensuring privacy and security.

In July last year, the top court had said in an era of Information Technology boom, it appeared that jail authorities were relying “on ancient modes of communication through pigeons”. A bench headed by Chief Justice took up a suo motu case and directions were issued to develop an electronic system — for safe and faster delivery of orders.

The Chief Justice asked then Secretary General of the Supreme Court Sanjeev S. Kalgaonkar to consult amicus curiae and senior advocate Dushyant Dave and Solicitor General Tushar Mehta to develop a secure direct electronic mode of communication from the top court to jails.

He had said: “In this age of information and communication technology, we are still looking at the skies for the pigeons to communicate the orders”.