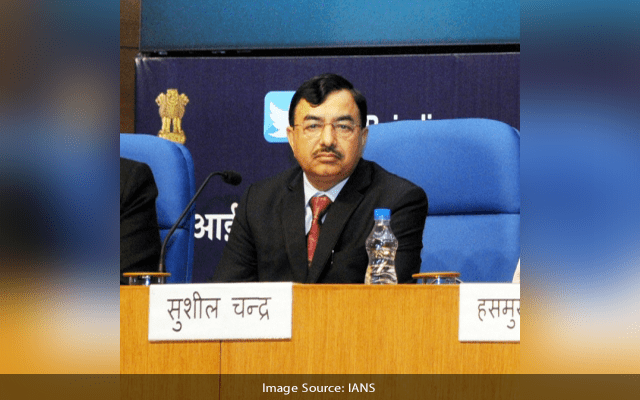 New Delhi:  Stating that the first Lok Sabha had 15 women MPs while the 17th Lok Sabha had 78, Chief Election Commissioner, Sushil Chandra on Saturday March 26 rued the fact that the participation of women in Parliament is much less than desired.

“A good legislature is truly and meaningfully ‘representative’. It must include diverse voices, especially of those who were marginalized earlier. This implies greater presence and participation by women in Parliament,” Chnadra said here at an event organized to present the Sansad Ratna 2022 awards.

“As per data compiled by the Inter Parliamentary Union, for the first time, in 2021, the global average for women in Parliament exceeded 25 per cent. The progress is painstakingly slow and at this rate it will take more than 50 years to achieve gender parity,” he said.

“The participation of women in Parliament is much less than desired,” he said.

Pointing out that the Constitution guarantees 1/3rd reservation for women in the local bodies, the CEC said, “It is heartening to note that so many grassroots women leaders have demonstrated their leadership and brought about visible change in their communities.”

Rajya Sabha MP from Maharashtra, Fauzia Tahseen Ahmed Khan of NCP, who won the ‘Rajya Sabha – Excellence Award – Sitting MPs – Women MP’ award at the event, expressed deep regret that the percentage of women MPs in India has increased from just five at the time of India’s Independence to barely 14 per cent. “People here at the event did clap at this increase but I myself think this is so less,” she said.

Citing examples from Latin American countries and Rwanda, where there are 2/3rd women Parliamentarians, Khan said, “There are 53 countries that have 50 per cent women participation. I was recently in the UAE as part of a delegation led by Lok Sabha Speaker Om Birla, where they have 50 per cent women in the government. Pakistan and Bangladesh have such large population. And here we are – we increased only nine per cent in 72 years.”

The only solution is women’s reservation and I appeal to the Modi government, “you have the majority, you should get the Bill (for women’s reservation) pass, only then there will be any meaning to the slogans such as ‘Beti Bachao, Beti Padhao’,” she said.

Incidentally, earlier, Chandra had explained in detail the efforts by the Election Commission to make the voter list really inclusive. He narrated feedback from rural areas wherein fathers are reluctant to enroll young daughters in the voter list stating that they will soon get married and hence there will be no use. “We had to convince them that the name of their daughter/s would be transferred to their in-laws’ place, only when slowly the number of girls in rural areas — young voters increased.”