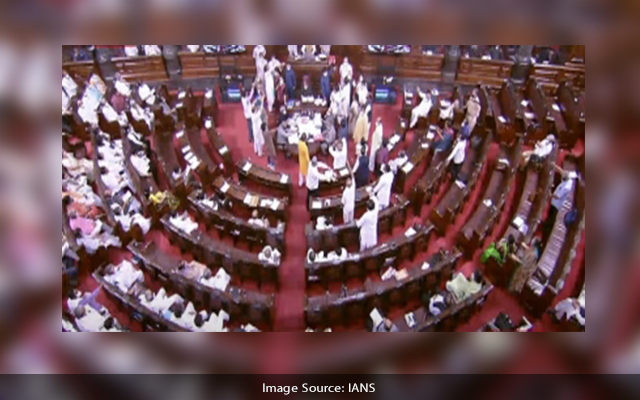 New Delhi: Amid sloganeering by members of the opposition, the Rajya Sabha was adjourned till 2 p.m. during the question hour on Monday Nov 29.

Several members continued to raise slogans and demand for discussions on the farm bills and other issues.

Earlier, after swearing in of new members, the Rajya Sabha was adjourned for an hour in respect to the demise of sitting member Oscar Fernandes.

When the house resumed at 12.20 p.m., Naidu reminded the members that about 70 per cent of proceeding time was lost during last session due to unruly behaviour of some members and urged them to maintain dignity, especially as the country celebrated the 75th year of Independence.