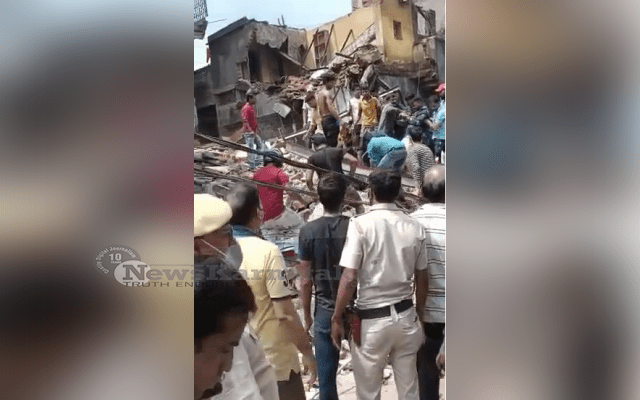 New Delhi: As many as eight people were reportedly trapped after a building collapsed in North Delhi’s Kashmere Gate area on Monday March 14  evening.

The fire department received the information about the incident at around 5:25 pm.

“A call was received regarding the building collapse at Nicholson Road in Kashmere Gate. We sent five tenders to the site for the resuce operation. Many people were trapped. We have rescued two labourers. The rescue operation is still goin on,” said a fire official.

The official said that a team of NDRF was also called for the help. The local police and CATS ambulance were also pressed into service.

The official said that they were facing trouble in the rescue operation due to narrow lanes.

The two persons, who were rescued from the debris, were admitted to a nearby government hospital. Their condition is stated to be critical.

The police and fire officials have cordoned off the area to avoid more casualties.