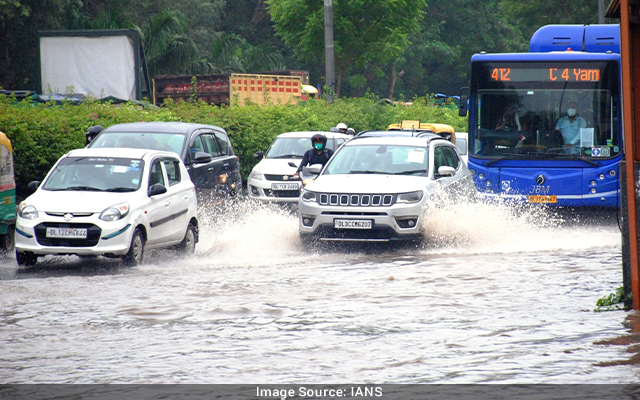 New Delhi: Amid heavy rainfall in the national capital, the Delhi Assembly on Thursday, the first day of monsoon session, took up water-logging problem for discussion, but it soon descended to a blame game between the ruling AAP and the opposition BJP.

Beginning a ‘Short Duration Discussion’ on the issue, AAP member Akhilesh Pati Tripathi blamed the BJP-ruled Municipal Corporations of Delhi, claiming that they failed to provide better civic services to the citizens.

“Every year, BJP-ruled MCDs spend huge amounts of money (around Rs 100 crore) for desilting of drains under their jurisdiction but several colonies turn into swimming pools and water-logging on roads disrupts entire vehicular movement of the city,” he said.

“MCDs have around 98 per cent of Delhi’s drains under their jurisdiction but the BJP is indulging in a money-making policy instead of providing better civic services to the people. BJP’s 15 year rule has brought the financial condition of all three civic bodies to the worst position. But, the situation will start changing after 6-8 months,” Jain said, referring to the Delhi Municipal elections due next year.

Leader of Opposition Ramvir Singh Bidhuri, of the BJP, defended the MCDs, highlighting developments initiated by then to control water-logging, and blamed the AAP government instead, saying “most of Delhi’s roads where water-logging occurs and results in traffic jams comes under the Delhi government”.