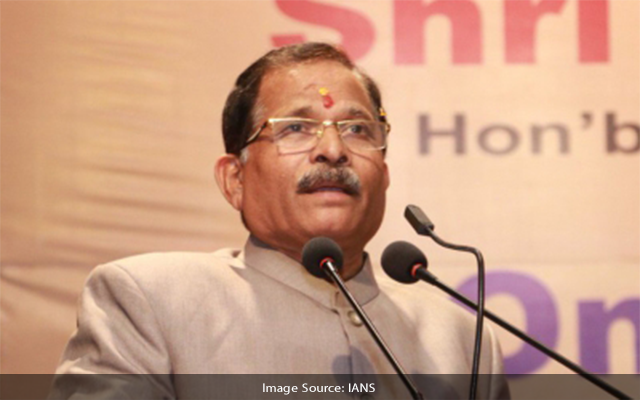 Panaji: Amid rising chorus of demand for government jobs among local youth, Union Minister of State for Tourism Shripad Naik on Friday June 24 warned non Goa senior central government officers in the state to stop doling out jobs in central agencies to their kin or near and dear ones.

Despite being skilled, the Goan youths are not hired in several central government offices in the state, he said in a video posted in his facebook post.

“The educated youths need jobs which the state government is trying provide. In Goa, there are several central government offices. They publish advertisements for recruiting posts. Subsequently, Goan youths apply for it and give interviews. But if we observe minutely, they don’t get jobs,” Naik, MP from North Goa, said in Konkani.

“Those higher level officers working here, provide these jobs to their near and dear ones and to others of their choice. They give priority to outsiders, this is a feeling of Goan youths,” he said.

Citing an example of the Post and Telegraph department, he said that 10-12 years ago, locals who were engaged as branch post masters, who were then drawing Rs 4,000-6,000 as salary, were not regularised despite being promised.

“They were called for an interview, but were not selected for the posts. All those who got the jobs were outsiders. This is injustice against Goan youths. We had complained about this, but no action was taken. We will follow the matter, Shripad Naik said.

“Secondly, Goa Shipyard also needs workers. But despite Goa having skilled manpower, outsiders are given opportunities. There is no need to bring a workforce from outside for small works. They should search for locals first, if not met with requirements then they can engage outsiders. Recruiting outsiders unnecessarily puts burden on the state for providing them water, power and other infrastructure. Goans are suffering this way,” he said.

He said that now Goan youths have awakened. They know what is happening around them. “I want to suggest other ministries that give priority to locals, if failed, I don’t know what will happen,” he said.

As per an agreement, in the ‘All India Institute of Ayurveda’ in Goa, 80 per cent jobs will be provided to locals.

“Don’t repeat the past, give the quota of Goa to locals. With folded hands I request you not to deprive Goan youths of the jobs,” the minister stated.