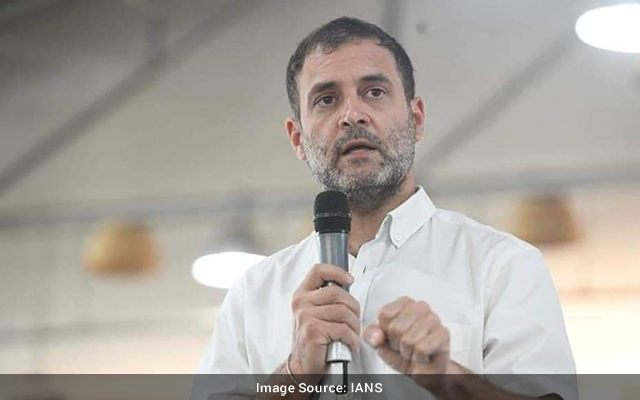 Panaji: The Congress on Saturday June 11 lashed out at Goa’s Town and Country Planning Minister Vishwajit Rane for unleashing vindictive politics against Leader of Opposition Michael Lobo, likening it to the alleged “political targetting” of Rahul Gandhi in the National Herald probe case by the central government.

Addressing a press conference in Panaji on Saturday, state Congress president Amit Patkar also said that Chief Minister Pramod Sawant should intervene in the ongoing conflict between Rane and Lobo, over alleged illegalities in land use plans backed by the latter when he was a Minister in the previous BJP-led coalition government.

“There is vindictive politics playing out in Goa and in the country. Personal targetting appears to be a trend in politics. We condemn the use of central agencies like ED to harass Rahul Gandhi in the National Herald case,” Patkar told reporters.

“In the same way, the Town and Country Planning Minister is also targetting our Leader of Opposition over alleged illegalities which the Minister has suo moto raised,” Patkar also said.

According to Rane, there are alleged irregularities in two commercial constructions, while Lobo has said that the resort and a restaurant and bar was in sync with land use norms put in place at the time of construction.

Patkar has, however, demanded an end to the hostilities from Rane, even urging the Chief Minister’s intervention in the affair.

“The unethical, undemocratic language used by the Minister is wrong. The CM should intervene.

If one speaks in such a derogatory manner to an elected leader, a Leader of Opposition, then how can they respect the average Goan,” Patkar said.