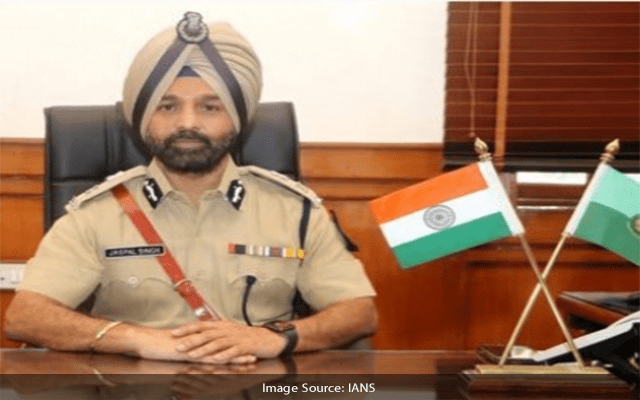 Panaji: Newly appointed Director General of Police Jaspal Singh on Thursday April 7 said the Goa Police would look to nab dealers at the apex of the drug pyramid in order to create a dent in the drug distribution network in the state, adding that drug trade in general was run by “very, very intelligent people”.

Singh also said that over the years, Goa’s image as a destination for drugs had changed to one where people visit the coastal state to enjoy its culture, music and beaches.

“We will formulate appropriate strategy. When I speak about prevention of crime, that includes drugs also and being an iconic tourist destination, we do not want that people should remember Goa because of this aspect. That has always been the priority, not only with me, but my predecessors also. Everybody has tried his level best to contain this menace,” Singh told reporters, soon after taking over as DGP.

“Drug trade has a typical dynamic. It is a complete chain actually. Sometimes, international cartels are involved, sometimes local cartels are involved. So, the peddler is not aware who has handed him the packet (of drugs). This trade is conducted by very very intelligent people. So therefore we will make sure that our police force is able to catch the last person in the chain,” Singh said.

The top cop also said that the Goa Police would require the support of specialised central agencies like the Narcotics Control Bureau as well as state police agencies in the neighbouring states, to really rein in the menace.

Singh, who has previously been posted in Goa on two other occasions in the past, also said that the state’s reputation as a destination for drugs was on the wane.

“Goa’s popularity as a destination for drugs had waned in recent times, I would say. (Once) it used to be synonymous with drugs, but now people don’t come for this. People come to see the natural beauty, Goan food, Goan culture, Goan music,” Singh said.

“Now, the USP of Goan state is its culture and its beaches. Earlier, when I was SP (Superintendent of Police) Narcotics, it used to be synonymous with it (drugs),” Singh said.