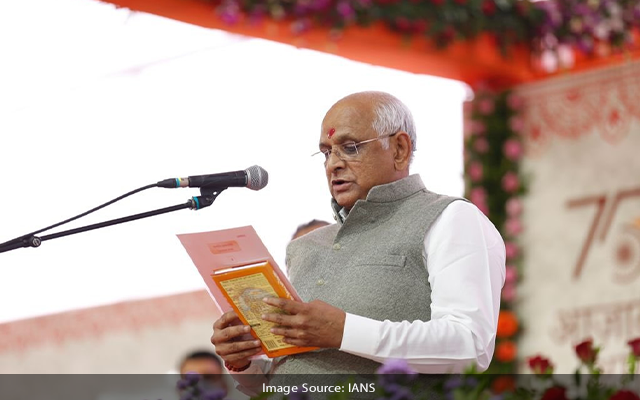 Gandhinagar: After Bhupendra Patel took oath as the new Chief Minister of Gujarat on Monday, plans are scheduled to swear in the new  Cabinet on Thursday September 16. The ceremony will be held at Raj Bhavan.

At the press briefing held just after Patel’s selection at the BJP State headquarters Kamalam, Gujarat BJP President CR Paatil had said that Patel would take the oath alone and that the rest of the Cabinet would be finalized later after discussions within the party.

According to sources in the BJP, all its MLAs have been instructed to reach Gandhinagar by Wednesday. The final list is planned to be ready by Wednesday night and discussions are currently underway. A few ministers in the current cabinet are likely to be dropped to make way for new faces. The Gujarat in-charge of BJP, Bhupendra Yadav is still in Gandhinagar for the new Cabinet selection.

The swearing-in ceremony has been scheduled for Thursday, a day before the birthday of Prime Minister Narendra Modi. The state BJP has made the celebration of the PM’s birthday an annual event where a host of public welfare programs of the government are announced.

According to sources, the swearing-in has been scheduled accordingly, so that the new ministers may take charge immediately and execute the plans. Just like the swearing-in ceremony of the CM, this too will be held at the Raj Bhavan.