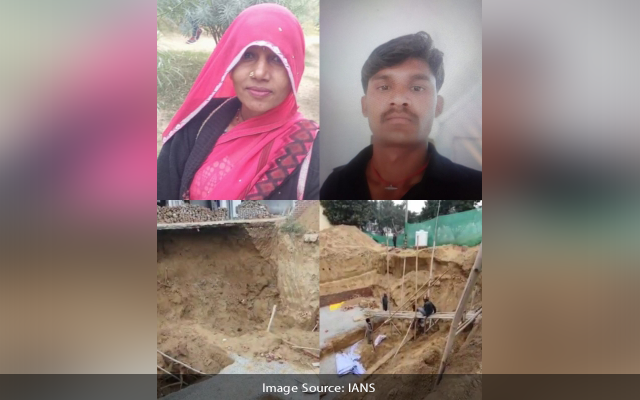 Gurugram: Two labourers died after a heap of soil fell on them at a construction site at plot no D-323 in Sector-56 of Gurugram, police said.

Malkhaan (28) and Guddo (29), both natives of Madhya Pradesh, were buried alive in the incident while three other labourers had a narrow escape, an official of Sector-56 police station said.

Rajkumar, the complainant, told the police that his brother Malkhaan, Guddo and three others were working at the site for five-seven days, and on Wednesday evening, suddenly, a heap of soil fell on them and the victims were trapped.

“Malkhaan and Guddo were immediately rushed to a private hospital where they were declared dead on arrival, he said.

“Police have registered a case of accidental death against the contractor Kapil and the owner of the plot at Sector-56 police station,” Subhash Boken, spokesperson of the Gurugram police said.