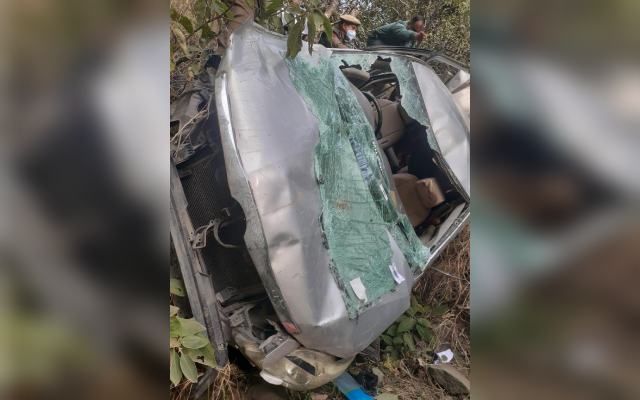 Photo Credit : IANS
Jammu: At least five persons were killed and one was injured after a vehicle they were travelling in went out of control and fell in to a deep gorge in Jammu and Kashmir’s Samba district on Saturday March 5, police said.

According to the police, the vehicle was travelling from Samba to Srinagar and the accident took place in the district’s Jamoda area.

“The vehicle carrying six passengers fell into a deep gorge. Five occupants of the vehicle died on the spot while the driver was injured.

“The car bearing registration number JK01U-2233 was carrying passengers from Anantnag district of the valley,” the police added.