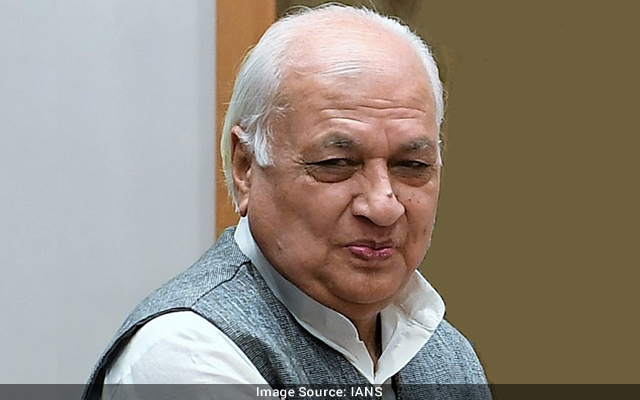 Thiruvananthapuram: Keeping date with his promise that he will work as a volunteer to campaign against dowry, Kerala Governor Arif Mohammed Khan on Tuesday, while addressing a meeting of Vice-Chancellors, said creating a mindset which refuses to accept the practice of dowry, is the need of the hour.

Addressing the meeting at his official residence here, Khan asked them to discuss about holding varsity level campaigns against dowry system.

He also welcomed the prompt move of the Kerala government in posting Dowry Prohibition Officers in all districts and at state level and on the decision to make employees sign an undertaking on not taking or giving dowry.

“What we need is to take public awareness to such a level that social sanctions are built against dowry. The fear of such a social stigma should deter people from demanding or giving dowry”, said Khan.

Pointing out that universities had a great role in the matter, Khan suggested two affidavits from students against Dowry — one at the time of admission and the second while receiving the degree.

The suggestions from Vice Chancellors included sensitization by including the topic in the compulsory modules and mandatory non-credit courses besides conduct of awareness programmes in colleges.

Formation of social justice forums, linking of anti- Dowry Affidavit with the National Academic Depository, pledge against dowry at the time of appointment of staff and inscription of anti dowry messages at key points in the University, were all discussed.

Khan was deeply grieved hearing a spate of suicides by young women in the name of dowry which surfaced last month and he even visited the house of one such victim.

Later, he undertook a day long fast by joining with people from various Gandhian organisations against dowry menace.