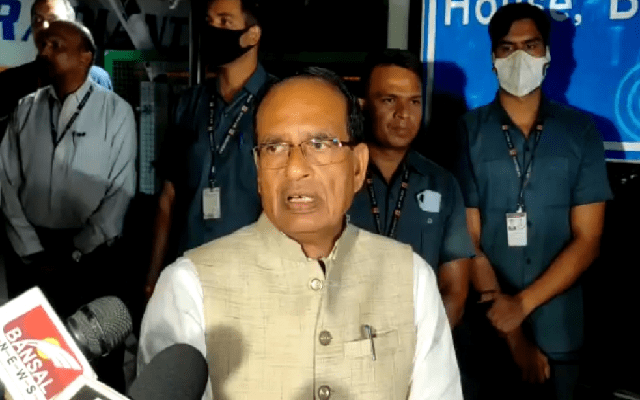 In the next two days, Chouhan along with his cabinet ministers will hold a ‘chintan shivir’ in the state’s lone hill station which will begin from Saturday morning.

On the first day of the session, the Cabinet will deliberate on ways to make the state self-reliant, while on the second day Chouhan will have a one-on-one interaction with his cabinet ministers.

Before leaving for Pachmarhi by bus, the Chief Minister said in the last two years states have suffered a lot due to the Covid-19 pandemic and the entire cabinet has worked together to help the people during this period.

However, there are so many issues which need to be discussed thoroughly and therefore, a two-day cabinet meeting would be held in Pachmarhi.

The two-day cabinet session of Shivraj Singh Chouhan-led BJP government will be held in a hotel in Pachmarhi. The session will start on Saturday and end on Sunday.

Along with the cabinet ministers, their personal assistants also travelled for the session, which will discuss issues and solutions for the state.

The cabinet ministers will stay in a hotel run by the state Tourism department and will return to Bhopal on March 27 evening.

Sources said the Chief Minister has taken his cabinet ministers out of Bhopal not only to discuss the development issues pertaining to the state but also prepare a strategy for the next state Assembly polls scheduled in 2023.