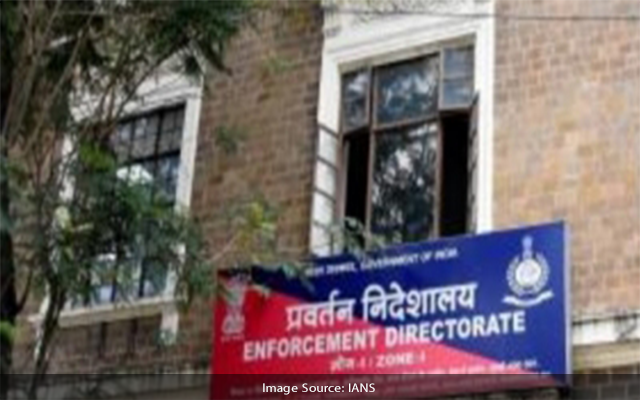 Commenting on the developments, Sarnaik said he would soon move the court to clarify his position in the matter and would fully cooperate with the ED as he had done in the past.

“This has been going on ever since I moved against (actress) Kangana Ranaut and journalist Arnab Goswami last year. I have full faith in the judiciary,” Sarnaik told mediapersons.

The ED has slapped attachment on two flats in Hiranandani Complex and a plot of land in Thane, with a combined value of Rs 11.35 crore, under the Prevention of Money Laundering Act in the NSEL fraud related case.

The NSEL has been under the scanner after the Mumbai Police’s Economic Offences Wing registered a complaint in September 2013, on the basis of which the ED launched its probe.

The case involves NSEL, its directors and top officials, 25 defaulters and others who are accused of hatching a criminal conspiracy to defraud some 15,000 investors.

They are charged with luring them to trade on the NSEL platform, creating forged documents, bogus warehouse receipts, fake accounts, and thereby committing a criminal breach of trust cheating the investors of Rs 5,600 crore.

The ED probe unearthed that the investors’ monies were diverted by borrowers/trading members of NSEL for other activities like investment into real estate, repayment of outstanding debts and other activities.

It also revealed that the Aastha Group, linked with Sarnaik, and consisting one of the defaulting members of NSEL, has a liability of Rs 242.66 crore towards NSEL.

The Aastha Group diverted Rs 21.74 crore of Vihang Aastha Housing Projects LLP during the period 2012-13, out of which Rs. 11.35 crore was transferred to Vihang Enterprises and Vihang Infrastructure Private Limited, both firms controlled by Sarnaik and his family, according to the ED.

On the basis of the money trail, scrutiny and identification, the ED has provisionally attached Sarnaik’s assets.

The remaining amount of Rs 10.50 crore originating from Aastha Group was paid to one Yogesh Deshmukh, attached under the Prevention of Money Laundering Act, 2002 (PMLA) and confirmed by the PMLA Adjudicating Authority.

Earlier in the same case, assets worth Rs 3,242.67 crore have already been attached taking the total value of the attachments to Rs 3,254.02 crore.