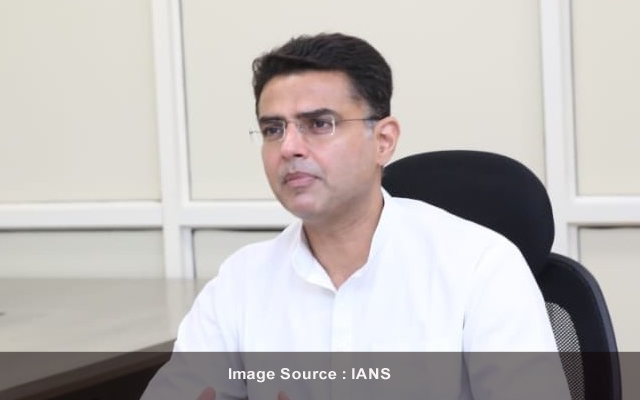 Jaipur: Rajasthan’s former Deputy Chief Minister Sachin Pilot on Thursday attacked the Central government over the looming crisis of vaccine, oxygen and Remsdesivir injections during the pandemic while advising Prime Minister Narendra Modi to adopt the ‘One Nation, One Vaccine and One Rate’ formula for vaccines in India.

Favouring the Rajasthan government on diverse fronts, Pilot said that as the country sees around 3 lakh cases daily, there is a need to focus on saving the lives of people.

“Elections will come and go, however, if people do not get vaccines on time and those suffering fail to get oxygen and life-saving drugs like Remsdesivir, then the coming generation will never forgive us,” he added.

Pilot also questioned the Modi government on pricing the vaccines on three rates and said that the Centre is buying vaccines from two manufacturers at Rs 157 per dose while the same vaccine is bought at Rs 210 from one manufacturer and Rs 310 from another manufacturer under the PM Cares fund which is raising questions among people.

Pilot also said that the expense of vaccines should be borne by the Central government and questioned the government’s decision to export six crore doses of vaccine to foreign nations.

He also endorsed the idea of transporting oxygen via air route to put an end to the existing crisis.

On Remsdesivir, he said: “The decision to export 11 lakh Remsdesivir injections to foreign countries has put our people in danger as there is black-marketing reported of these vaccines.”

He further said that the Centre should talk to state governments in a transparent manner to remove grudges of common men.