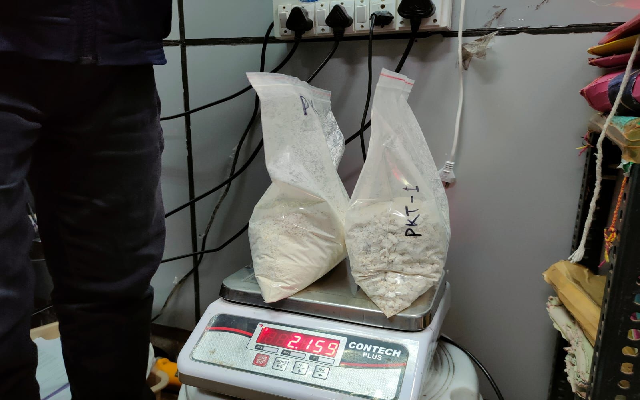 New Delhi: A Kenyan national was held by custom officials at Jaipur International Airport with 2,150 gm heroin on Sunday December 19.

The woman was later handed over to the local police.

A senior custom official said that the woman came to India by Air Arabia flight. She was intercepted by the custom officials on the basis of a Look Out Notice (LOC) received from the Immigration Department.

As per the LOC, the woman passenger had provided the same reference Mobile Number in Visa application as provided by two other Uganda women passengers who were intercepted by Customs Officials at the Delhi Airport on November 13 with 12.9 kg heroin worth Rs 90 crore.

The official said that on suspicion of being part of a syndicate involved in smuggling of Narcotic and Psychotropic drugs, the baggage of the woman passenger was thoroughly checked, by emptying the contents of the plastic suitcase after conducting its X-ray examination.

“The empty suitcase appeared to be heavier than usual. X-ray examination of the suitcase revealed the presence of some organic material in powder form,” said a custom official.

“On examination, the paper envelops were found to contain whitish (off-white) coloured substance which was in the mixed form of small lumps/granules and powder. Preliminary testing using the Drug-Detection (DD) Kit revealed the substance was Heroin,” said the custom official.

The heroin was seized and the woman was detained. The official said that further investigation is underway.