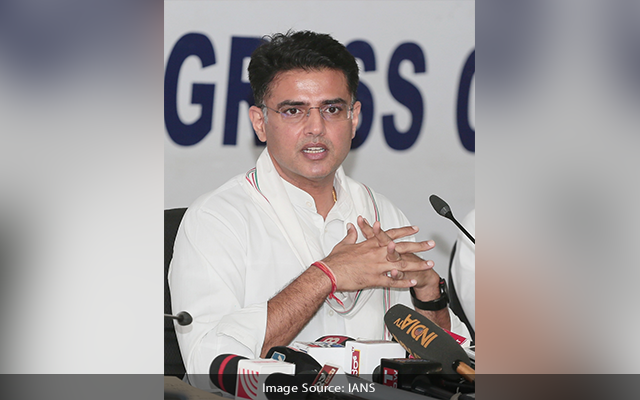 Jaipur: Congress leader Sachin Pilot has demanded that the students taking the retest of the Rajasthan Eligibility Examination for Teachers (REET) exam should not be charged again.

The exam was cancelled due to paper leak. In such a situation, the fee should not be charged again from the youth who have taken the examination earlier, the former deputy chief minister said during his Jodhpur visit on Wednesday night to attend a wedding.

Speaking to media here, he said: “The candidates who have appeared for the exam before should not be charged again. Also, the matter should be investigated with transparency.”

Everyone seems worried about the REET exam. “BJP is trying to do politics on the issue. But the state government seems very serious about it. Further, necessary strict steps are being taken so that such incidents do not happen in future. The entire system related to the employment of youth should be transparent so that they have faith in the government,” he said.

On elections being held in five states, he said: “The fear of defeat is clearly visible among the BJP leaders. It is clear that the Yogi government shall be given a farewell.”

“Our vote share will increase significantly. Priyanka Gandhi has continuously worked among the people living in UP whereas SP-BSP remained inactive for a long time. Congress will definitely get the benefit out of this,” he added.

Pilot was given a rousing welcome in Jodhpur, which is the home town of Chief Minister Ashok Gehlot.