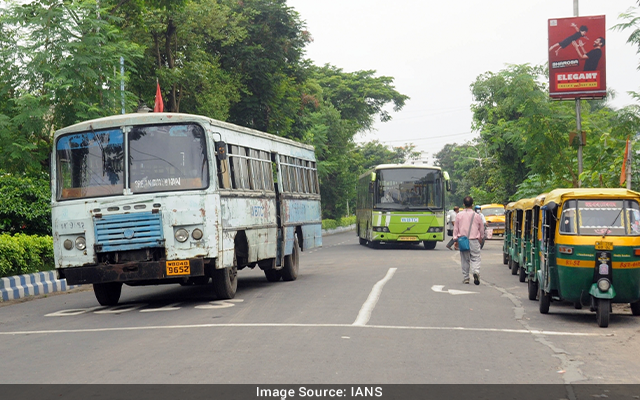 Kolkata: The West Bengal government has decided to extend the partial lockdown conditions till August 15. Although there has been some relaxations, however, local trains have not been allowed under the present condition.

According to a notification issued by the Mamata Banerjee government, all government programmes have been allowed to continue indoors with a 50 per cent seating capacity, while the state-wide curb on the movement of the people and vehicles between 9 p.m. and 5 a.m. will continue, according to the revised guidelines.

Outdoor activities, including the movement of people and vehicles, shall be strictly prohibited between these hours, except for health services, law and order, essential commodities, including agricultural products and other emergency services, the guidelines read.

Though offices will function at half occupancy, but the order stressed that ‘Work from Home’ should be encouraged.

The new Covid measures were issued after a review of the current pandemic situation in the state.

“Though the daily infection is below 1,000 and the rate of infection is less than 1 per cent, the state is not willing to take any chances. We need to complete the process of vaccination first and that will give us the confidence to lift the restrictions fully.

“Once it is lifted just before the puja season it might lead to huge infection and we will not be in a condition to handle the situation then,” a senior official of the state health department said.

The Bengal government asked all the district administrations, police commissionerates and local authorities to ensure strict compliance with the stated directives. Any violation of the restriction’s measures will be liable for proceedings as per provisions of the Disaster Management Act, 2005, and under the Indian Penal Code (IPC), the government order warned.

In a recent meeting with the Commissioners and the Superintendents of police of different commissionerates and police districts the DG has asked the police to impose the restrictions of movement strictly between 9 p.m. and 5 a.m. “No movement without proper and valid reason will be allowed during this time. Police have been asked to be strict and impose fines if needed to stop the people from coming outdoors,” a senior police officer said.