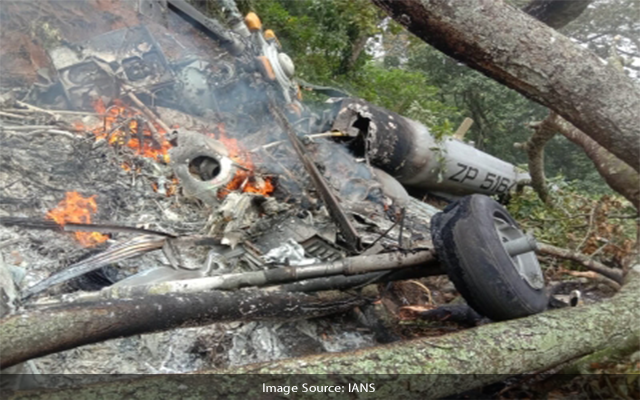 Chennai: A villager, who was among the group of people who first reached the helicopter crash site at Kattari Park in Tamil Nadu’s Coonoor, on Thursday Dec 9 said that Chief of Defence Staff, General Bipin Rawat, was alive when they found him and was asking for water.

Talking to media persons at Coonoor, Sivakumar said: “We reached the spot immediately after the crash and found three people alive and of them, one was asking for water. We didn’t have water but we immediately put the three of them on separate blankets and took them to the Wellington Army hospital.”

He, however said that he did not know that it was General Rawat and could only identify him when the photographs of the late officer came out.

Sivakumar, Krishna Moorthy, and M. Ravikumar were the first people to reach the spot on hearing the crash, only to find the copter burning.