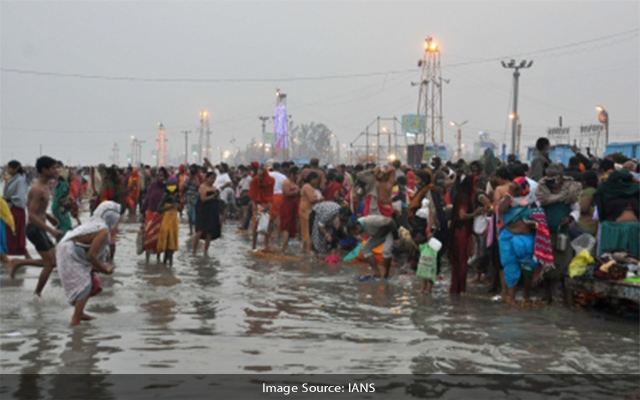 Villages and towns across in both the Telugu states came alive with traditional celebrations to mark the major harvest festival.

The celebrations kicked off with ‘Bhogi’ or burning of old and unwanted items like old clothes, mats and broom sticks in the belief that new things will usher into their lives.

People in villages and towns began the day with ‘Bhogi’ and prayers. Women were seen playing and dancing around the fire.

Sankranti is a major festival, which highlights the rich Telugu culture.

Andhra Pradesh Chief Minister Y. S. Jagan Mohan Reddy and his wife Bharati participated in the Sankranti celebrations held in traditional manner near his residence at Tadepalli in Amaravati.

Ministers, MPs and state legislators also participated in ‘Bhogi’ at various places in both the states. Leaders of various political parties and officials also took part in ‘Bhogi’.

A festive atmosphere prevailed in residential colonies in Hyderabad and the outskirts besides Vijayawada, Guntur, Visakhapatnam and other towns and villages in both the states.

For a third consecutive year, farmers in various villages in Amaravati region staged protests during Sankranti to oppose the state government’s move for trifurcation of the state capital. Raising slogans of ‘Jai Amaravati’ they demanded that Amaravati be retained as the only state capital.

This time the protestors burnt in ‘Bhogi’ fire the copies of the government orders to form Amravati Corporation comprising 19 villages. They paid tributes to 180 farmers who lost their lives during the protest over the last two years.

See also  Fire at Troy Lounge and Bar in Delhi

Lakhs of people employed in Hyderabad headed to their homes in various districts of both the Telugu states.