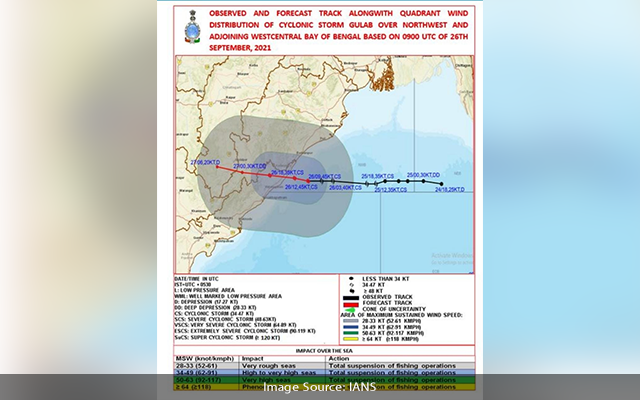 Hyderabad: The Telangana government on Sunday September 26 put all districts on alert in view of the heavy rains forecast for the State under the impact of cyclonic storm ‘Gulab’.

Chief Secretary Somesh Kumar held a teleconference from New Delhi with the district Collectors in the wake of the India Meteorological Department (IMD) warning of heavy rains in the state for the coming two days.

He directed all the Collectors to keep vigil on ‘Gulab’ which may show its impact in the entire state from Sunday evening for the next two days, and set up special control rooms in all the districts to monitor the flood situation.

Somesh Kumar asked the Collectors to work in coordination with police and other line departments. The district officials were directed to be on alert with regard to low-lying areas, keep a vigil and take necessary measures on the tanks likely to breach.

They were told to take services of the National Disaster Response Force (NDRF), if necessary.

The Chief Secretary advised them to keep a vigil on such places where people are likely to cross over to other side during overflow of the streams. He asked them to appoint special officers in every mandal to avoid any human and asset loss.