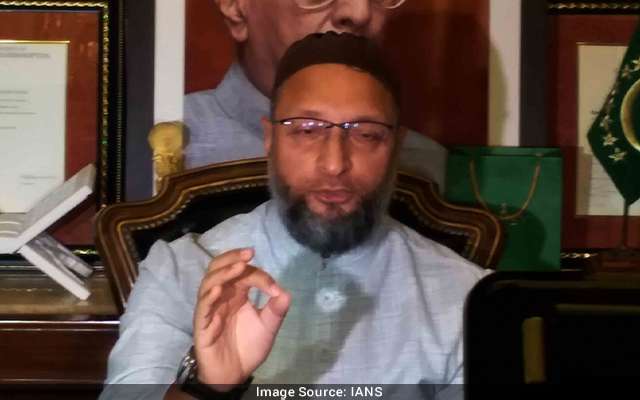 Hyderabad: AIMIM president Asaduddin Owaisi on Friday November 26 paid tributes to bravehearts who fought against terrorists during the Mumbai terror attacks 13 years ago.

The Hyderabad MP took to Twitter to pay his tributes on 26/11 anniversary.

“Heartfelt tributes to our bravehearts who fought against terrorists during the attacks on Mumbai on 26.11.2008,” wrote Owaisi.

Earlier, the president of All India Majlis-e-Ittehadul Muslimeen (AIMIM) also tweeted on Constitution Day. He said the Constitution of India has given tools to defeat injustice.

“On November 26, 1949, our elders adopted Indian Constitution. The Constitution is a documentation of dreams that our elders saw for us. It replaced rule by men with rule of law. For the first time, a formal text not only protected us from state excesses, but also from majoritarianism,” wrote the Lok Sabha member.

“This constitutional promise has been betrayed often. Especially when it pertained to Muslims, Dalits or Adivasis. But it’s still worth fighting for. For communities that’ve been historically excluded from access to power, Constitution gives us tools to defeat injustice,” he added.