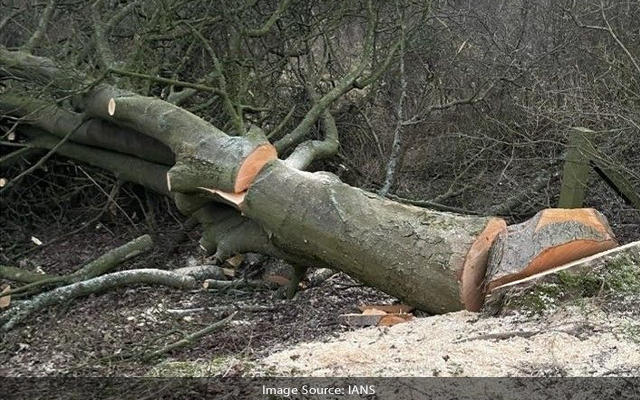 Bareilly: To save about 500 trees that are likely to be felled for a road widening project, environment activists in Bareilly have formed a ‘Chipko Bareilly’ group to mount pressure on the concerned officials to abandon the plan.

Pradeep Kumar, a lecturer at city’s law college who started this group, said, “Trees are important not only for humans but also for birds and other arboreal animals and rodents such as squirrels, etc., as they take shelter in trees. We have been meeting the officials concerned and requesting them to stop chopping trees in the name of development. If officials do not take concrete steps, we will be forced to protest on the streets and move court.”

The group, formed in January, is getting bigger with each passing day. It already has over 1,000 members from all walks of life. The original forest conservation (Chipko) movement in the 1970s of Uttarakhand has inspired the people in Bareilly to launch this campaign.

The members of the group claim that Bareilly has lost over a thousand trees, some nearly 100 years old, in the past four months.

“Translocating trees did not work out earlier, as 80 per cent of such trees could not survive,” said Kumar.

In December last year, around 20 trees – mainly banyan and peepal – that are over 100 years old on Bareilly’s Stadium Road were felled to make way for a paved path under the smart city project. The forest department gave a ‘no objection certificate (NOC)’ to the municipal corporation for the same, but locals are not happy as they worship these species of trees.

Mayank Shukla, a businessman and an active member of the group, said, “Now, we have come to know that the district administration is planning to chop all the trees on the stretch from Delapeer locality to the airport, and the file has been sent to the forest department for approval. We are extremely worried and will continue to fight to save the trees in our city.”

Divisional forest officer Samir Kumar said, “On several occasions, the permission comes from higher authorities, and there is nothing much we can do. We are trying to save trees through translocation. Plantation drives are being carried out across the city to ensure its green lungs are maintained.”