Agartala: In a tragic incident, a man mysteriously killed a police officer and four others including his two minor daughters in Tripura’s Khowai district, police said on Saturday Nov 27.

Khowai District Superintendent of police Kiran Kumar K. said that assailant Pradip Deb Roy, 40, shortly after midnight on Friday murdered his two minor daughters — Mandira and Aditi, aged one and seven years, respectively, and then killed his elder brother Amalesh Deb Roy, 45, when he prevented him from doing so.

“When our police team led by inspector Satyajit Mallik reached Ram Chandra Ghat village, Deb Roy attacked Mallik with an iron rod and the police officer subsequently succumbed to his injuries in the hospital,” the district police chief told IANS.

He said that later, Deb Roy attacked an auto-rickshaw driver passing through a nearby road and killed Krishna Das, 45, the owner of the three-wheeler who along with his family members was returning home from a social function.

The police arrested the assailant and started probing into the incident. A local court has sent him to 14-day judicial custody.

Police officers said that they were yet to ascertain the motive of Deb Roy, a mason by profession, to kill so many people.

“We would also medically examine him whether he has any psychological problem,” a police officer said. 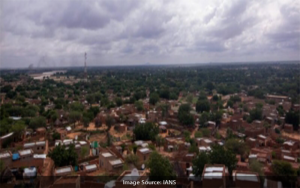 B’luru: On R-Day, Guv Gehlot thanks docs, cops for services during Covid 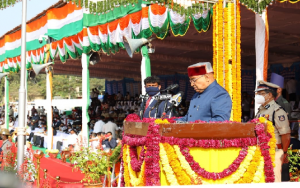 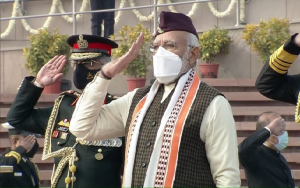