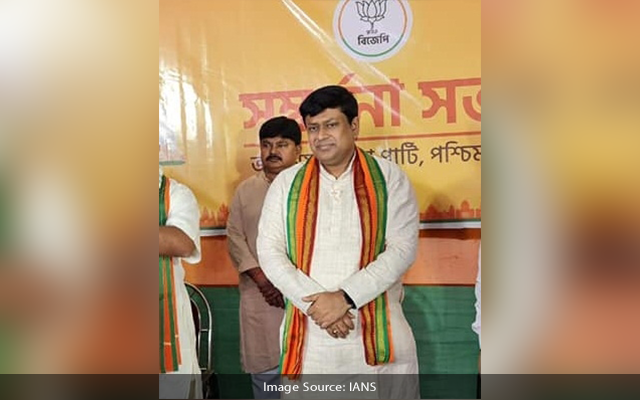 Kolkata: After taking the responsibility of the State BJP, Sukanta Majumdar is going to Delhi on Monday for the first time, where he will meet the party’s top leaders.

Majumdar is likely to have a meeting with the party Chief J.P. Nadda, National General Secretary B.L. Santosh and other top party leaders.

Though the party is yet to announce anything officially, but sources in the party indicated that Majumdar is likely to meet the top leaders of the party, including Nadda and Santosh on Wednesday mainly to sort out the organisational problems of the state. Majumdar will also have talks on the recent exodus from the party. The state secretary is likely to apprise the national leadership about the current political situation in the state.

The state leadership has already indicated that a major reshuffle is likely to take place in the state BJP hierarchy just after the ‘Durga Puja’ where new and young leaders and more representation from North Bengal will get a preference.

Majumdar, who is considered to be a trusted RSS man. will certainly try to bring forward the RSS people into the party fold and people like Debojit Sarkar, Tushar Ghosh, Debasree Chowdhury and Debtanu might get new responsibility in the party. Indications are also there that apart from Jyotirmoy Singh Mahato — who is from North Bengal all the other four general secretaries are likely to changed.

Not only in the state leadership but huge change in the district leadership is also in the offing. There are altogether 39 organisational districts which are headed by a district President.

Sources said that after the posts of the general secretaries, the posts of branch organisations of the party youth wing, peasants’ wing, women’s wing and minority wings, are extremely crucial. Sources said that the defunct district president will surely be replaced. And new faces from the young generation will be roped in there.

Majumdar, who has always stressed upon the need of collective responsibility instead of personal charisma, will need the approval of the national leadership regarding the impending changes in the party.

Sources in the party also indicated that the state president will also discuss the issue of developing a mechanism so that the exodus from the party can be prevented. Senior leaders like Mukul Roy and Babul Supriyo have already left the party and Trinamool Congress has threatened that more senior leaders are willing to join the ruling party.

Sources close to Majumdar also said that the state president is keen to meet Prime Minister Narendra Modi and Union Home Minister Amit Shah if they give him time. However, there is no confirmation from Modi and Amit Shah so far.