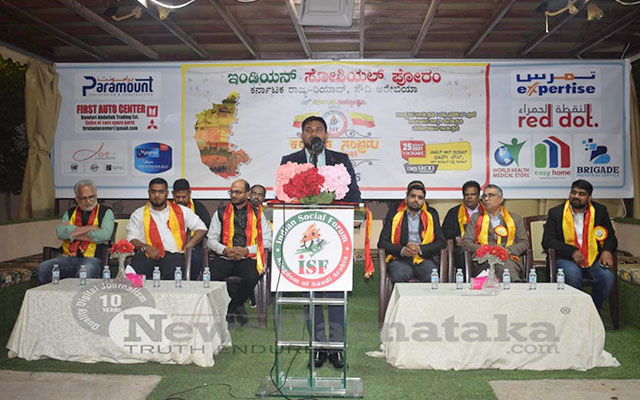 Abdul Majid, President Indian Social forum Karnataka state committee Riyadh presided over the program which was witnessed by thousands of Indian expatriates. In his presidential note, he explained the importance of being organized, and highlighted the key achievements of Indian social forum over this period.

In order to refresh the forgotten Indian History and contribution of various freedom fighters, 3D EXPO was conducted at the venue which took the crowd back to history.

Sports and games were held and conducted for both men and women and attractive prizes were given to the winners.5 free tickets to wonder la amusement park was given to the audience by lucky draw.