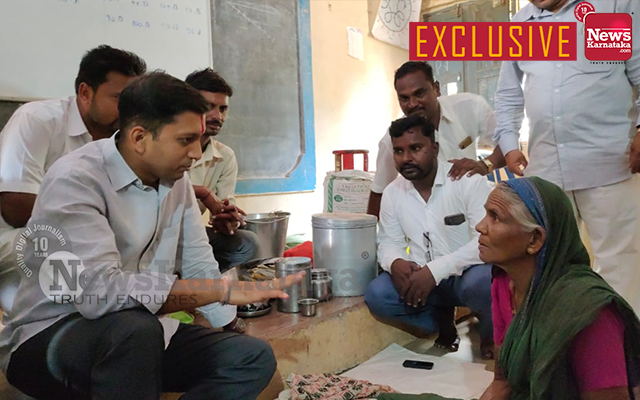 Bagalkot: The incessant rains and floods have continued to make the lives of people living on the Krishna basin miserable as the water level continues to increase.

More villages are getting submerged into the flood water after water level rose in Krishna River.

According to sources, water has entered into five more villages which has forced the administration to evacuate the residents and send them to relief camps.

The villages which are seeing water level rising are, Chikkapadasalagi, Takalki, Kadakol, Maigur and Kavatagi where the villagers have already experienced flood twice in the last three years.

With the river flowing at an alarming level and Chikkapadasalagi bridge, connecting Vijayapura and Jamkhandi cities, completely submerged, traffic has been suspended since Monday night. Now, the vehicles have to take an enroute of 60 kms to reach Jamkhandi.

The Hipparagi barrage has recorded the highest inflow of 3.93 lakh cusecs in the last two years. The same amount of water is being discharged from the barrage. With the river flowing in full spate the situation remained grim in the villages located alongside Krishna River.

The district administration has opened 16 relief centres and accommodated 835 families and 5,006 cattle, where Jamkhandi taluka is the one of the highest milk producers in North Karnataka. Dairy production is also affected since the floods occurred.

Prashanth C, Tahsildhar of Jamkhandi, pointed that, “the water level remained a big concern for us. Though rain has stopped – the inflow continues to increase in Krishna River. The inflow is likely to reduce in the next 24 hours. As five more villages were hit by floods the relief centres have been increased in the taluka with providing all the facilities. Even a fodder is being arranged for the cattle. And no loss of life has been recorded so far due to floods.”

Meanwhile, the villages affected due to overflow of the Ghataprabha river in Mudhol have returned to normalcy as people vacating the relief centres return to their residences.

Jamkhandi MLA Anand Nyamagouda visited the flood hit villages and relief centres and took stock of the situation. He assured of making all the necessary arrangements in the relief centres and fodder for the cattle. He also directed the officials to provide proper care for the people taking shelter in relief centres.

Nyamagouda, said that, “there are about six to seven villages affected partially due to floods. In the absence of the government the district administration and taluka officials have responded well to move the people to safer places. There are no serious problems in the flood-hit areas as all the arrangements are in place. As rainfall has stopped in Maharashtra, the inflow is likely to return to normal in next three to four days.”