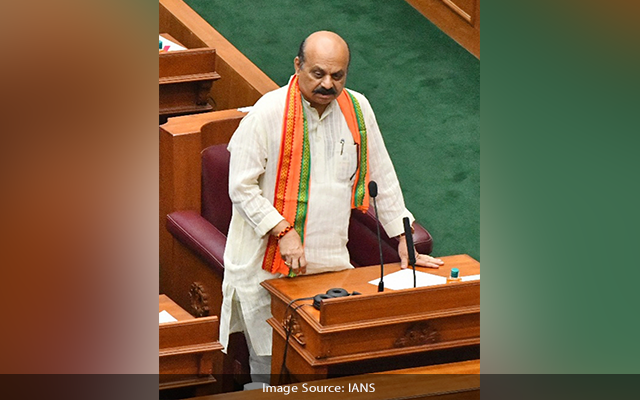 Belagavi: Karnataka Chief Minister Basavaraj Bommai on Tuesday December 21 lashed out at the Congress over its conduct in the ongoing Assembly session, calling it an “irresponsible opposition party.”

“The Congress is not bothered about the development of northern Karnataka. It has come to the Belagavi session to deliver speeches and hold dharna in the house. It has failed to take up pro-people issues and seek reply,” he said.

Speaking to the media persons at Suvarna Soudha, he said, “The opposition leaders don’t want farmers to get compensation for their crop losses. We have raised the compensation, the State Cabinet has taken a slew of decisions for development of northern Karnataka. We are ready for discussion on any development projects.”

Referring to the anti-conversion bill, he said, “It is the right of an elected government, as the voice of the people, to decide as to what laws need to be brought. The opposition Congress members were not present when the bill was introduced in the House. It is the duty of the Opposition to be present. They have shown their irresponsibility by staying away. The State has the most irresponsible opposition party.”

Saying adverse impact of religious conversions on innumerable families is a known fact for all, the Chief Minister said “it should be prevented.”

“We are working under legal and constitutional provisions in this regard. The Congress has the opportunity to discuss it. We are ready to make amends if there are any mistakes in the bill,” CM Bommai said.

“The Congress has boycotted the proceedings as part of its vote bank politics. The State has an irresponsible opposition party,” he said.