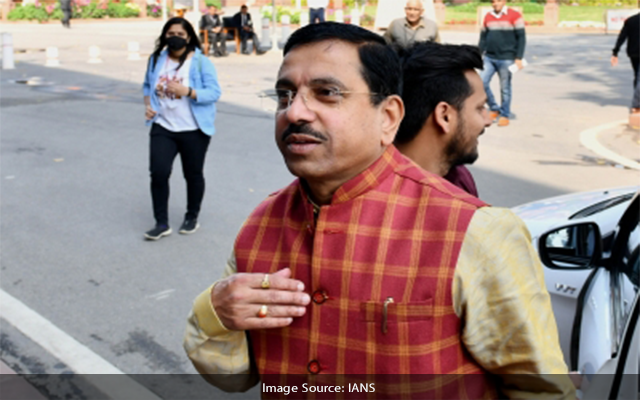 Dharawad: Union Minister for Parliamentary Affairs Pralhad Joshi has said that it is the duty of the Government to rehabilitate Kashmiri Pandits in the State.

Speaking to mediapersons here on Sunday March 21, Joshi said that Congress has been opposing the movie “The Kashmir Files” in order to appease the minority communities. It was the Congress that gave special status to Kashmir under Article 370 of the Constitution and ensured that no other law in India would have effect in Kashmir,” he said.

Joshi added that Siddaramaiah due to fear of losing Muslim votes is stressing that such history should not be depicted.