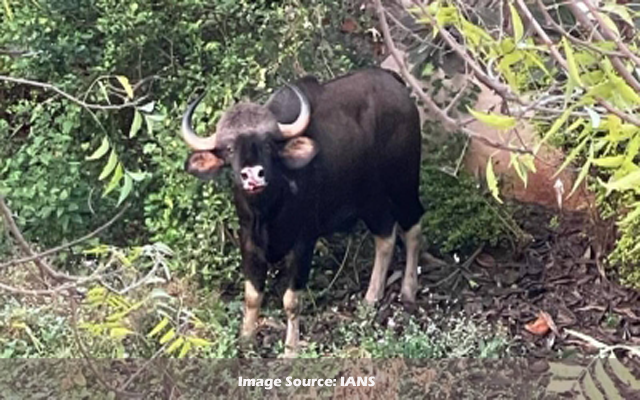 Belagavi: The Karnataka Forest Department on Saturday booked three officials of the Hubli Electricity Supply Company (HESCOM) in connection with the death of an adult female Indian Gaur in Belagavi district.

The gaur had died after coming into contact with an electrical fencing in the Kanakumbi forest area in Khanapur taluk on September 24. The Forest Department has now booked the assistant engineer of Khanapur, the section officer of the Jamboti Section and the junior lineman of Kanakumbi, all working for HESCOM.

The officials have been booked for negligence of duty under the relevant sections of Wild Life (Protection) Act, 1972, and the Karnataka Forest Act, 1963.

Deputy Conservator of Forests (DCF), Harsha Banu, stated that the negligence of the officials has been found prima facie in the case of the death of the gaur, which is a scheduled animal under the Wild Life (Protection) Act.

“A joint operation will be taken up in the high forest area to identify all the dangling electric lanes, which endanger wild animals and people in order to avoid such incidents,” he said.