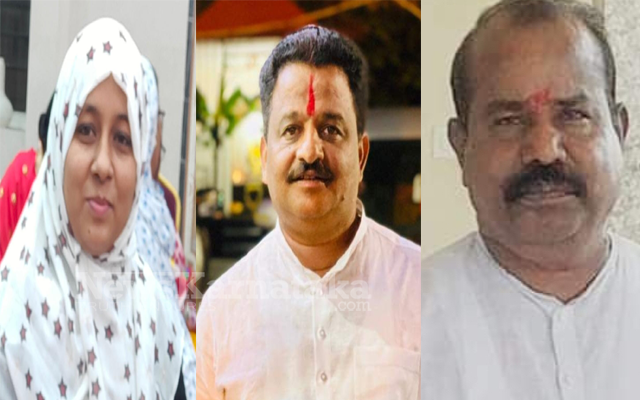 Vijayapura: In the monsoon season, the election heat is gradually intensifying in Sindgi constituencies after the announcements of the dates for the bypolls.

While two parties, the Congress and the JD(S) have already declared their candidates, the BJP is yet to decide on its face for the polls.

The Congress sprung a surprise by announcing Ashok Managuli, the son of late MLA, M. C. Managuli as its candidate months before the announcement of the election date.

The Congress inducted Ashok into the party who quit JD(S) after the demise of his father due to post-Covid complications. While his father was a staunch follower of the JD(S) and remained loyal to the party till his last breath, the son perhaps believed that Congress is more suitable for him as a political party than the JD(S).

The Congress, which apparently was looking for a strong candidate, grabbed the opportunity and decided to field Ashok from Sindgi. Though the induction and announcement of his candidature has not gone down well with many Congress leaders of Sindgi constituency as they were eyeing for the ticket, however the party believes that Ashok is stronger than any local leaders.

The JD(S) too has given bigger surprise by giving ticket to a Muslim candidate, Naziya Angadi on Friday.

Wife of a police officer, Naziya’s father-in-law was also associated with the JD(S) for several years. He was state general secretary of the party and chairman of MSIL during Ramkrishna Hegade government in 1997.

This political relation has acted as a booster for the Naziya in clinching the ticket of the party.

While Congress and the JD(S) have announced their candidates, the BJP is still struggling in this regard.

The party insiders though believe that Former MLA, Ramesh Bhusnur is, in all likelihood, going to be party’s choice, as he has lost election by a small margin and he has greater connection with the locals, however, the party is still weighing other options.

It was earlier speculated at Former MLA, Lakshman Savadi may be given a ticket, however, Savadi brushed aside all such speculation by announcing that he is not in the race.

It is expected that on October 3, the party may announce the candidate.