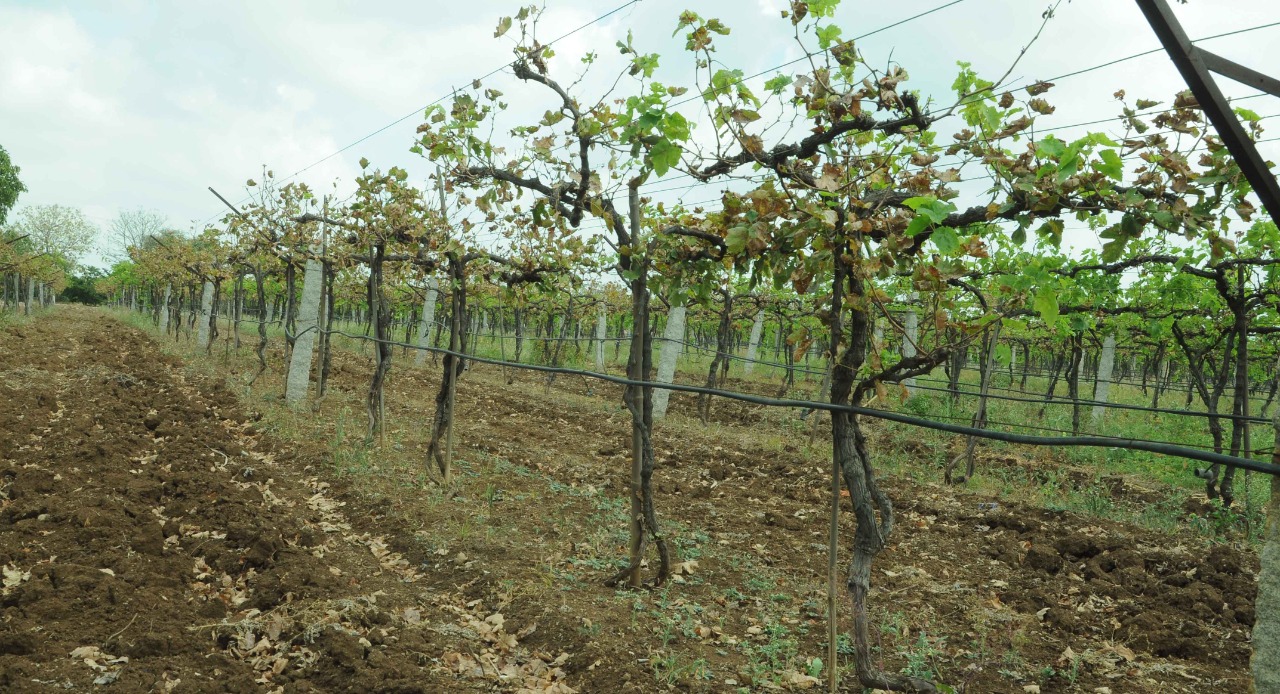 Vijayapura: The unabated rains, combined with cloudy weather, are posing a severe threat to the grape and raisin cultivation at a time when grape farmers are battling with market price uncertainties, mainly for raisins.

While the dry weather is considered to be conducive for raisin, the damp and cloudy weather is an enemy as it adversely affects the quality of the product.

The farmers said that incessant rainfall could damage the grape plantation as it could lead to fungus growth in plants. “These will prevent the plants from growing the flowers and fruits during the season, which results in lower yield,” said Dr. S. G. Golagi, Head of Horticulture Research and Extension Centre (HREC) of Vijayapura.

Dr. Golagi pointed out that, “Due to continuous downpour grape plants will be infected with fungal diseases like powdery mildew, anthracnose, downy mildew and other bacterial diseases, which will impact the growth of the leaves and stem and also lead to bud burst.”

“As the plants have barely witnessed any sunlight in the last few weeks due to cloudy weather this will have a greater impact on the growth of plants. This will also impact on the yield for the coming season. If the same climate continues for another week the farmers might witness more loss,” he emphasised.

This year Bagalkot and Vijayapura have recorded more rainfall than the traditional rain.

In the above two districts the grape is cultivated in at least 13,000 hectares, where 95 percent of plantation in the State is in Vijayapura, which is around 12,000 hectares. In the last two fiscal years, the grape produce has reduced by nearly 40 percent due to bad weather and bacterial diseases in Vijaypura.

Abhaykumar Nandrekar, grape grower and President of Karnataka State Grape Growers’ Association said that the grape farmers continue to suffer from the past two years due to natural calamity. Every year the loss due to bad climate and infections are on rise. This will affect around 50 percent of yield in the coming season.